Cargo, an in-car commerce company that helps ride-hailing drivers earn extra cash by selling stuff to passengers, is officially launching its Cargo Store mobile app today, giving riders the chance to earn cash back on a host of goods from an expanded marketplace.

By way of a quick recap, Cargo has so far partnered with brands across electronics, confectionery, and more to let ride-hailing passengers buy items such as chocolate bars and earphones during their trip. Drivers display the goods in a little transparent case inside the vehicle, and the Cargo store mobile web app enables riders to order and pay using the usual mobile payment services, such as PayPal or Android Pay.

Cargo initially worked as an unofficial supplier to drivers within the ride-hailing industry, but last year it entered into an official partnership with Uber to become its exclusive commerce provider globally. 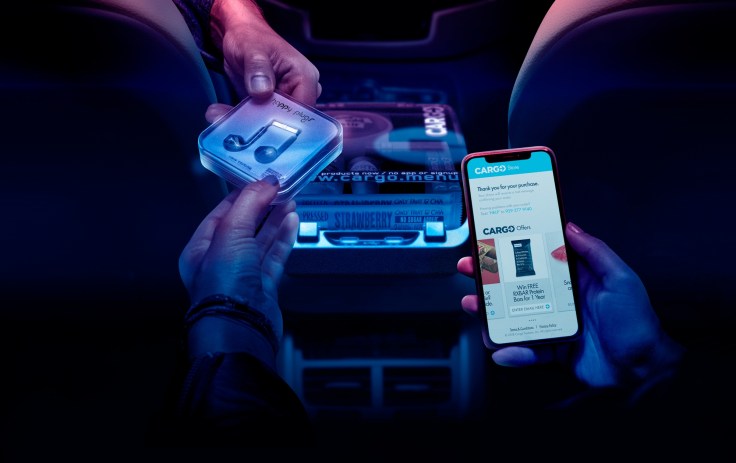 Today’s announcement spans various facets of Cargo’s business model and product lineup — and means riders will now be able to access the Cargo Store through a native mobile app on Android and iOS.

However, the main thrust of today’s news is that Cargo is going deeper into ecommerce with a marketplace that sells up to five curated products each week through a “daily deals” offering. At launch, this includes Nintendo Switch, Amazon Echo, and Away luggage  — and riders can earn 10% cashback to use on future Uber rides or Cargo store purchases. A $300 Nintendo Switch purchase, for example, would garner the rider a $30 credit.

It’s worth noting that the cashback applies to all goods purchased, from a Snickers bar to a larger consumer product that’s delivered later.

Bigger items bought as a “daily deal” through the app are not available on the spot — they are shipped by Cargo from a nearby warehouse to the rider’s home.

Elsewhere in the Cargo Store app, riders are promised one reward each day — all they have to do is scan the Cargo box QR code and choose a face-down digital card on their phone’s screen. Among the perks on offer are Uber voucher credits, discounts on SeatGeek tickets, and a free set of Apple AirPods. 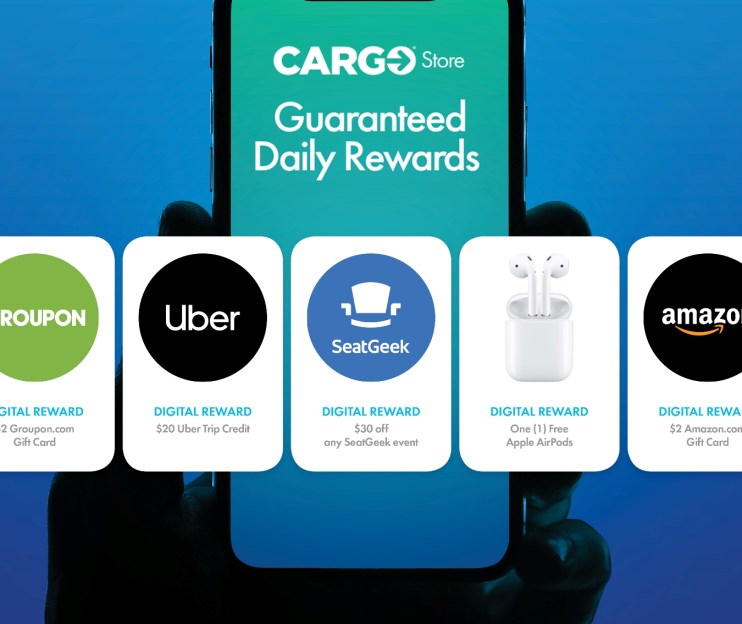 Another interesting feature in the Cargo Store app is the availability of digital movies via a partnership with Universal Pictures. Cargo said it will offer individual titles and bundles with discounts of up to 50%. Although a user can buy the movie in the Cargo Store app, they can’t watch it there — but they can redeem it in a third-party app operated by Movies Anywhere. 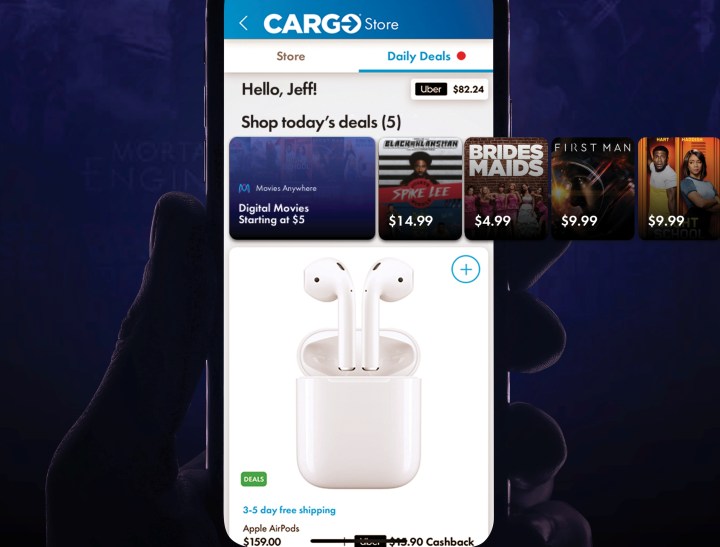 Above: Cargo app home screen with movies for sale

Although Cargo works with other ride-hailing companies, Uber is its bread and butter. For Uber’s part, the decision to expand its partnership with Cargo fits into a broader push to not only keep riders coming back but also appease disgruntled drivers.

Uber has faced strong criticism over the amount its drivers earn once expenses, commission, and taxes are taken into account. Some reports also suggest that Uber and other ride-sharing companies don’t pass on surge pricing fees to drivers. It seems Uber has no intention of improving the one thing drivers really care about — namely, their pay, but with the recent expansion of Uber Pro benefits to international markets, it’s clear the company is doubling down on efforts to keep drivers onboard through other means. The Cargo partnership is entirely consistent with that push, as drivers earn commission on any goods they sell.

Cargo last year closed a $22.5 million series A funding round that involved big-name backers such as Peter Thiel’s Founders Fund. The company said that 30,000 drivers across 12 cities have used its service since launch in 2017 — and that these drivers have collectively added $7 million to their earnings.

Given that Cargo is pretty much purpose-built for Uber, it would not be surprising if the etaxi giant, fresh from its IPO, decides at some point in the future to buy Cargo outright.