If you haven’t heard of these job titles, don’t worry — you will soon. After all, there was a time when “social media manager” was a job title people didn’t take seriously, and now these pros can earn up to six figures.

But what exactly does a “Data Scientist” or a “Marketing Technologist” do? You can tell from the titles alone that they mix information with high tech, which is exactly what every single business needs in order to thrive and surpass the competition. Let’s dig a little deeper into these booming jobs and see just why they’re the dark horses picking up speed.

Is it mad science that, according to the Bureau of Labor Statistics, these experts averaged $102,190 per year — in 2012?

AOL Jobs feature current jobs ranging from $120,000 to $170,000, and there’s a reason behind those growing six figures: Not many people can do it. These specialists are a crucial part of “competitive intelligence,” which is a new and quickly growing industry. The actual job description can vary from company to company, but the most common task is mining data (of course). “Big data” was a big buzzword in 2014, but it will always remain a vital part of any company. Data is useless if it’s not “mined,” which means optimally collected, analyzed, organized, and activated.

The larger the company, the more likely they are to have dedicated competitive intelligence divisions, but data scientists don’t need to hold out for businesses to keep up with the trends. About half of all job postings are for permanent, full-time employees and half are for contractors. Just like any other job in the tech field, you can make “more” as a contractor but won’t have benefits like health care, paid vacation, employer-contributed retirement plans, and the like. However, no matter what your employment status, you may be able to score a virtual office or telecommuting position.

There’s a big problem with this career: supply and demand. If you’re a qualified data scientist or working on getting there, this is in your favor. There simply aren’t enough skilled data scientists to fill the growing demand for them. McKinsey and Company reports that by 2018, there will be 140,000-190,000 job postings that go unfulfilled. Worse (for the companies), there will be 1.5 million managers needed to optimize available data. In other words, the next three years is a veritable gold mine for data scientists. However, this disparity won’t last for long. 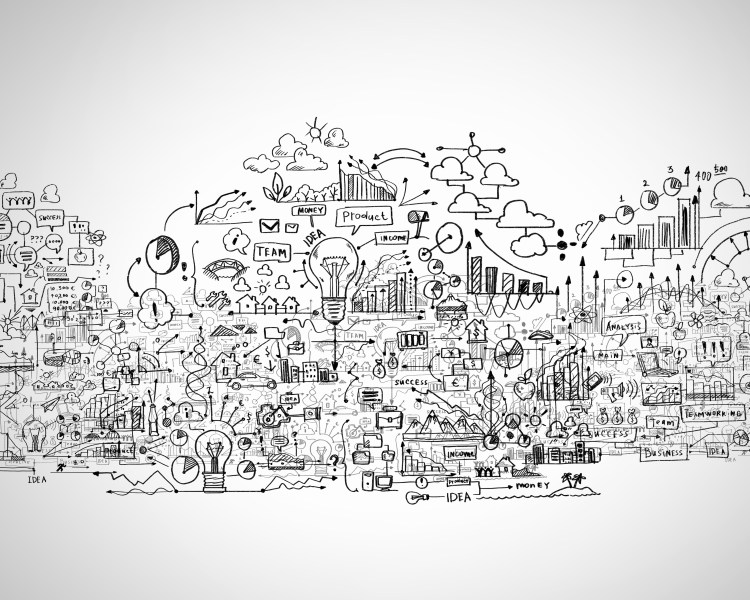 Remember when search engine optimization (SEO) was in the same boat? Now you can’t swing a black hat (trick) without smacking an SEO “guru.” The quicker data scientists can hone their skills, get into one of those many positions, and establish themselves as a leader, the better. In 2011, the University of California San Diego listed “data mining and analytics” the fourth most popular career path for graduates.

Half marketing expert, half technology pro, this is the best hybrid since the centaur. It’s too brand spanking new to even be listed by BLS, but it’ll likely be there in the next couple of years. However, there are job postings aplenty on sites like LinkedIn, Indeed, and even Craigslist — with salaries as varied as the job descriptions. Since this is such an up-and-coming career path, if you’re good you can basically make as much (or as little) as you like. It’s not unusual to see a number of marketing technologists raking in six figures, especially if they’ve established themselves as a genuine expert or thought leader in the field. But what the heck do they actually do?

According to a Gartner report, 81 percent of “big firms” (making over $500 million in revenue each year) have chief marketing technologists on their payroll. One year ago, that figure was just 71 percent — and it’s expected to rise eight percent by 2016. One of the authors of the report, Laura McLellan, defined these roles as “part strategist, part creative and part technologist,” comparing CMTs to the likes of CTOs and CIOs. They’re in charge of “every aspect of marketing,” said McLellan, including branding, content marketing, and managing the data. Unsurprisingly, this is all done with technology. “The CMO needs a senior trusted advisor skilled in the art of evaluating and implementing technology-enabled solutions.”

A rose by any other name…

Throw “chief” in front of any title and there’s a lot more responsibility (and hopefully pay). However, there have been modifications of marketing technologist titles popping up, such as Business Information Officer. Marketing technologists, no matter what you call them, align business goals with technology. Period. They’re deciding or suggesting which technologies their companies should implement/adopt, manage them, and ensure marketing strategies are optimized with the help of tech.

However, there’s the same issue as with data scientists: too much demand and not enough professionals. It’s not easy or fast to be great at both marketing and technology. It’s kind of like grammar school: A lot of kids leaned more towards creative courses while others preferred STEM. Asking for a marketing technologist is like asking for a kid who’s equally good at and equally enjoys AP Math and AP English. It’s possible, of course, but relatively rare.

This is an excellent position for up-and-coming marketing technologists to be in. In 2015, companies are still learning the incredible value of these professionals — and they’re willing to pay for it. Establish yourself as the best in the business now, and you’ll get to cherry-pick your offers and hold serious negotiating power when it comes to salaries.