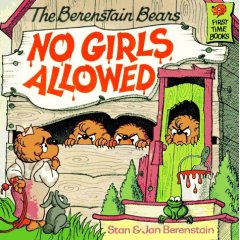 Many fans of The Social Network, the new movie about the founding of Facebook, have one big problem with the film — its shabby treatment of women. See, for example, screenwriter Aaron Sorkin’s appearance on The Colbert Report, where news-comedian host Colbert asks why most of the movie’s female characters are “high, or drunk, or fucking guys in the bathroom. Why are there are no other women of any substance in the movie?”

Sorkin wrote a defense of his screenplay’s female characters over the weekend, which was picked up today on entertainment sites like The AV Club. Responding to a review and a subsequent comment on the blog of television writer Ken Levine, Sorkin basically said that if The Social Network feels sexist, it’s because Harvard men are sexist. Especially the founders of Facebook:

I was writing about a very angry and deeply misogynistic group of people. These aren’t the cuddly nerds we made movies about in the 80’s. They’re very angry that the cheerleader still wants to go out with the quarterback instead of the men (boys) who are running the universe right now. The women they surround themselves with aren’t women who challenge them (and frankly, no woman who could challenge them would be interested in being anywhere near them.)

And this very disturbing attitude toward women isn’t just confined to the guys who can’t get dates.

I didn’t invent the “F–k Truck”, it’s real–and the men (boys) at the final clubs think it’s what they deserve for being who they are. (It’s only fair to note that the women–bussed in from other schools for the “hot” parties, wait on line to get on that bus without anyone pointing guns at their heads.)

These women–whether it’s the girls who are happy to take their clothes off and dance for the boys or Eduardo [Saverin]’s psycho-girlfriend are real. I mean REALLY real.

It’s not clear how broadly Sorkin is damning the “nerds” when he talks about a “very angry and deeply misogynistic group of people” (others have complained about Silicon Valley’s antipathy towards women) but he definitely includes Mark Zuckerberg and the early Facebook team in that circle, at least as they were circa 2004. And, it looks like there’s some fairness to that argument — the scathing blog post that Zuckerberg wrote declaring an ex-girlfriend a “bitch” has been confirmed elsewhere, including David Kirkpatrick’s more favorable book The Facebook Effect, and there’s no denying that the founding team was a boy’s club.

The main riposte to this argument is that The Social Network includes the insane, gold-digging characters but leaves out Mark Zuckerberg’s girlfriends, including his long-time relationship with Priscilla Chan. Zuckerberg may only have restarted his relationship with Chan after the movie’s timeframe (Kirkpatrick implies that it was sometime in 2006), but the existence of that relationship still undercuts the movie’s portrayal of Zuckerberg as someone driven by the fact that he can’t get girls. (I’d argue that the less the movie focuses on that motivation, the more compelling and complex it seems.)

And Zuckerberg and other early Facebook employees have disputed the movie’s version of the facts. Of course, they own substantial stakes in Facebook, which could in theory give them a motivation other than correcting the record for criticizing the movie.