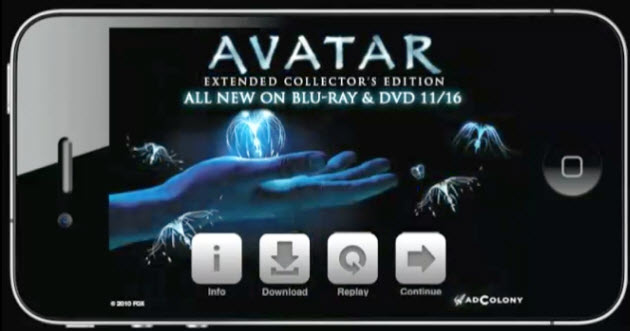 Jirbo is launching a new ad network today called AdColony that promises to give mobile developers a new way to make money from high-definition video ads on mobile devices. 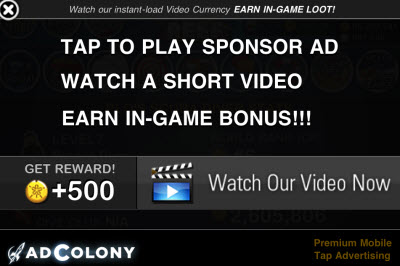 Advertisers want to find mobile consumers who will engage with compelling ads. AdColony says its high-quality, high impact HD video ads can hold the attention of mobile consumers; and it is betting that advertisers are willing to pay higher prices to reach those consumers. In turn, that can generate more money for developers. If it works, then mobile content will become more profitable and companies will be able to better support their businesses with ads.

Basically, AdColony can be used to monetize apps and games using the free-to-play business model. In such content, users can play for free but pay real money for virtual goods. If they don’t have money, an advertiser can subsidize the transaction. They do so by getting the user to fulfill some kind of special offer. In this case, the user watches an HD video ad.

The offer business is not unlike what Tapjoy announced recently as a way for advertisers to pay for engagement in mobile games. Tapjoy and its partner can measure how far a user gets into a game and then make a special offer to that person for reaching certain achievements. It’s important because while many developers are getting lots of users on mobile devices, they’re not necessarily making money from those users. With AdColony, users aren’t redirected to another web site or app to interact with the video or to claim their reward. They can do it inside the app.

Some current mobile ad solutions are based on streaming and buffering (loading a bunch of the video into memory so that it can play smoothly). They also suffer from graininess and muffled sound. With AdColony, Jirbo uses a proprietary technology to produce sharp video playback with no load times, good sound and no graininess. Once the app is on the App Store, AdColony directs high-value video ads to the app as users engage with it. Publishers can see the usage through live analytics and can ensure that ads for adults won’t be seen by kids. The publishers get paid every month. 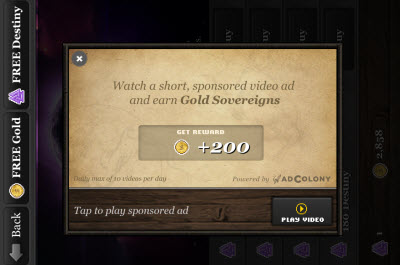 The company already has a lot of traction. Jirbo has used the ad network on more than 200 of its own internally developed apps for the past year. It has drawn advertisers such as 20th Century Fox, ESPN, CBS Interactive, Microsoft and others. One of the apps, Type n Talk, has had more than 4.8 million downloads to date. Full told, Jirbo apps have been downloaded 30 million times. Jirbo is now offering the AdColony solution to third-party developers. Jirbo calls the system “video for virtual currency.”

Jirbo was founded in 2008 and has 35 employees. Rivals include game publishers such as Zynga and ad networks such as Greystripe. Jirbo says its solution is simple, favors developers, and has superior video ad delivery. Jirbo says its software development kit can be integrated into a game in as little as 20 minutes. Once integrated, the developer has to submit their app to Apple and all the instant-load video campaigns are dynamically allocated to them.

Jirbo has raised $2 million from Insight Venture Partners. The founder and president is Jonathan Zweig. The company is not currently seeking funding.