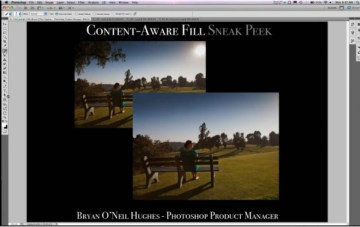 Adobe posted steady earnings and revenue growth Tuesday that exceeded the expectations of Wall Street analysts thanks to the introduction of a new subscription-based model for its popular photo-editing and design software.

Adobe’s revenue rose 9 percent to $1.023 billion in the second quarter of 2011, up from $943 million in the same quarter a year earlier. That’s also higher than the $996 million in revenue Wall Street analysts were expecting. Net profit of 55 cents a share came in four cents ahead of the Street’s consensus estimate.

The company recently released Adobe Creative Suite 5.5, a monthly subscription service that gives users access to Photoshop, InDesign and other company products. It’s designed to make the cost of Photoshop and other applications a little more manageable. Adobe’s Master Collection, the high end package of Creatve Suite products, retails for $2,599 and can be bought for less on Amazon. A one-year subscription of the Master Suite runs $129 a month.

“The release of CS 5.5 in Q2 has helped maintain the solid run-rate that CS5 established during the prior four quarters,” said Adobe chief financial officer and executive vice president Mark Garrett. “Adoption of the new subscription edition has met our expectation and is attracting new users and we expect this to build a new recurring revenue stream over time.” In a conference call to discuss the earnings, however, Garrett warned that weakness in Europe could offset strength in the U,S.

The company plans to release Creative Suite 6 sometime next year. The subscription-based incremental releases like CS 5.5 should provide the company with revenue until it can ship new versions of its flagship software, Garrett said.

Adobe also expects more people to use its flagship Flash software for premium video streaming and gaming. Adobe chief executive Shantanu Narayen spent most of the first part of the company’s quarterly conference call reassuring investors that Flash would remain relevant. That’s thanks to tools that help programmers and developers convert Flash code over to other types of code for the iPhone and other devices. He also said that Adobe Air, which gives users access to web-based software that run in Flash and other languages, would continue to grow on multiple devices like the BlackBerry PlayBook.