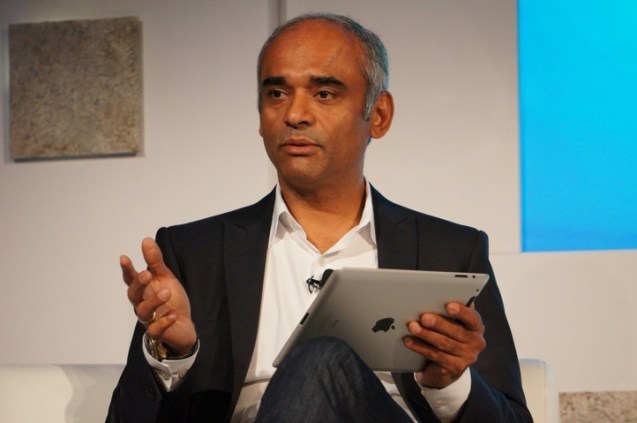 NEW YORK — Executives from News Corp. and CBS raised eyebrows when they threatened to turn their broadcast networks into cable channels if the NYC startup Aereo wasn’t shut down — but Aereo’s CEO isn’t sweating that outcome.

“They’re independent businesses, they can choose to do what they wish to,” said Aereo CEO Chet Kanojia (above) at the Ad Age Digital conference today.

He went on to point out that broadcast networks built their businesses on a “public right,” referring to broadcast spectrum that anyone in the U.S. can freely access. That broad exposure led broadcast networks to gain a significant amount of  mindshare among TV viewers, which inevitably brought on a wealth of ad revenue.

Ultimately, Kanojia doesn’t believe that broadcast networks will make the move to cable because he doesn’t think they’ll give up the reach they have right now, which includes 54 million people who access their networks over TV antennas. “It’s such a large audience, I don’t see how those customers aren’t going to get served,” he said.

“Can you disenfranchise over 54 million people over what they can rightfully do today?,” Kanojia asked. It’s a question that consumers and policy makers will have to consider if the broadcast network threats become more legitimate.

“There’s not a single cable channel that holds a candle [to broadcast networks],” he noted. Indeed, that’s something CBS and News Corp. executives are likely thinking about as they consider moving to paid models.

When I asked Kanojia about how exactly Aereo plans to scale, he pointed out that the company’s current tactic is actually pretty efficient. The company has to roll out small antenna farms in local markets to deliver its service to local customers, but he pointed out that a a standard server box could server around 10,000 users.

“The approach has been very much a cellular-like building — metro to metro,” he said. “The advantage we have is that this is a single cell site.”