Global average connection speeds rose 10 percent year over year to 5.0 Mbps in Q1 2015. Unfortunately, less than 5 percent of users have broadband speeds of at least 25.0 Mbps. The latest figures come from Akamai, which today published its quarterly State of the Internet Report for Q1 2015.

As you can see below, eight of the top 10 countries/regions saw double-digit percentage growth year over year, and nine saw growth quarter over quarter: 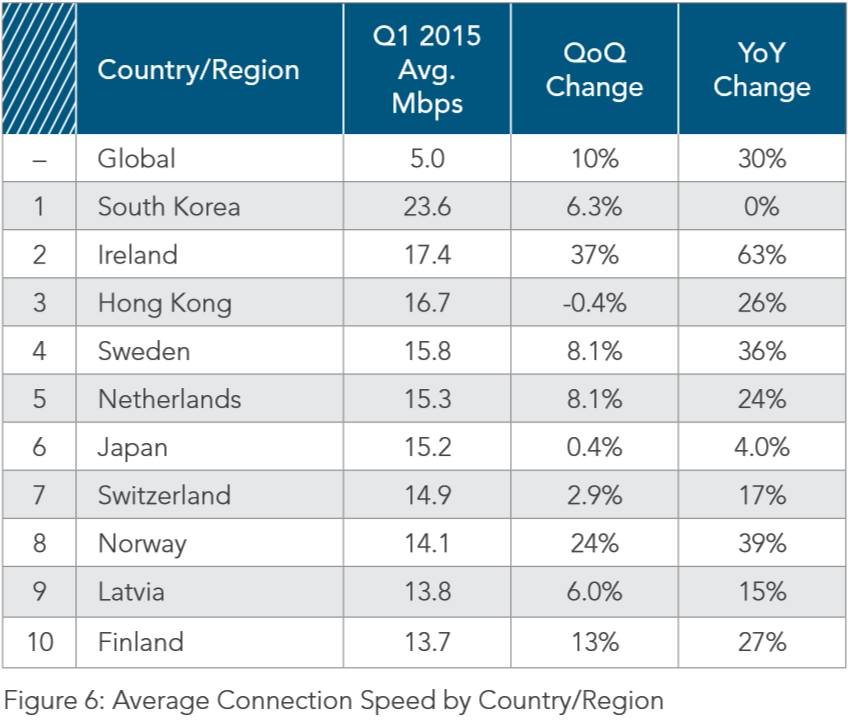 In 2010, the United States’ FCC redefined broadband at 4 Mbps downstream. While Akamai chose to align with that definition, it also added a 10 Mbps threshold and a 4K Readiness metric (15 Mbps threshold). In January, the FCC updated its broadband threshold to 25 Mbps, causing Akamai to rethink its reports.

“For simplicity, we will now refer to each threshold by speed rather than using the stand-alone ‘broadband’ and ‘high broadband’ labels, as we expect that standards and definitions for such terms will continue to evolve as technology drives ever increasing speeds over time,” the report stated. The Q1 2015 data is thus based on different definitions, even though it largely discusses the same figures. 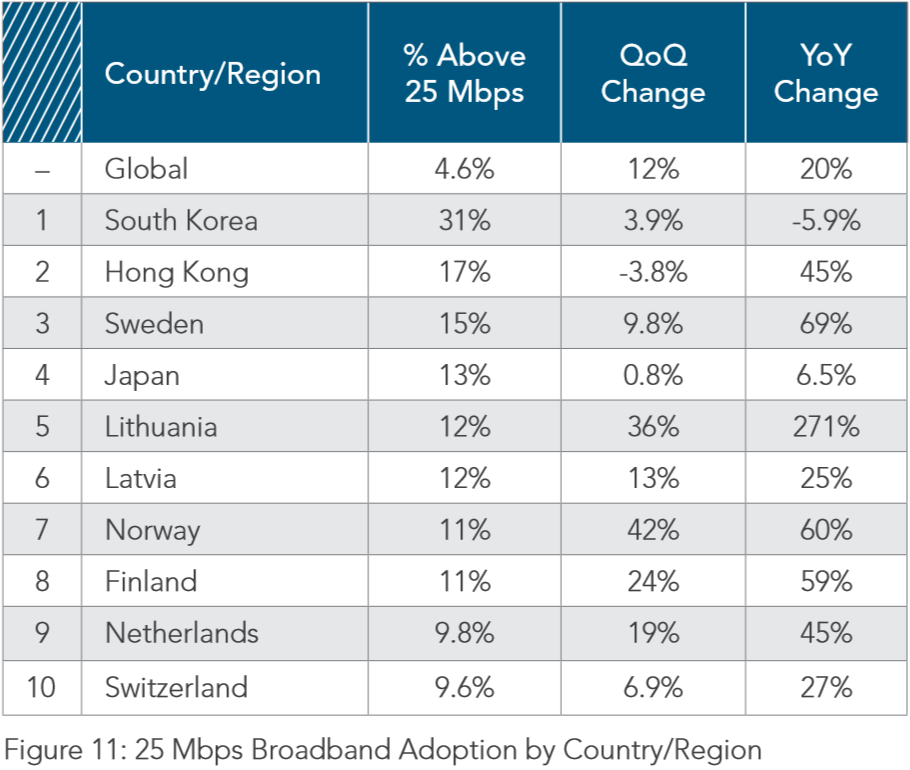 Most importantly, global adoption of speeds 25 Mbps and greater (the new U.S. definition of broadband) increased 20 percent year over year to hit 4.6 percent penetration. Eight of the top 10 countries saw a penetration rate in double digits, but only South Korea could say one in five of its citizens have broadband speeds.

As in previous reports, Akamai also cited mobile traffic data collected by Ericsson, which has a presence in more than 180 countries and a customer base representing more than 1,000 networks. The volume of mobile data traffic grew 12 percent quarter over quarter: 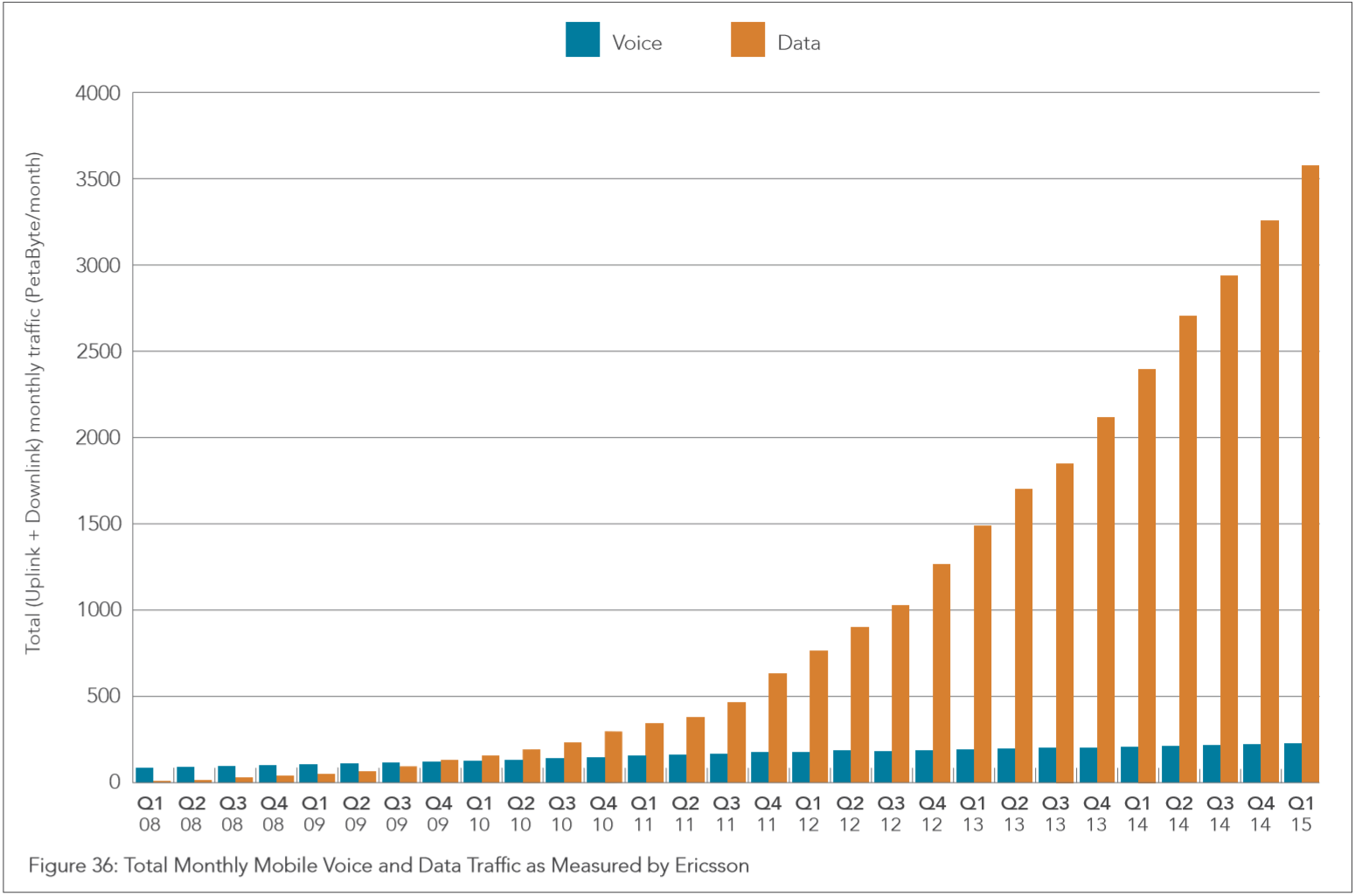 Mobile voice traffic continues to show a flat progression, while mobile data is still growing steadily. In Q1 2015, average connection speeds on surveyed mobile network operators ranged from a low of 1.3 Mbps (in Vietnam) to a high of 20.4 Mbps (in the U.K.).