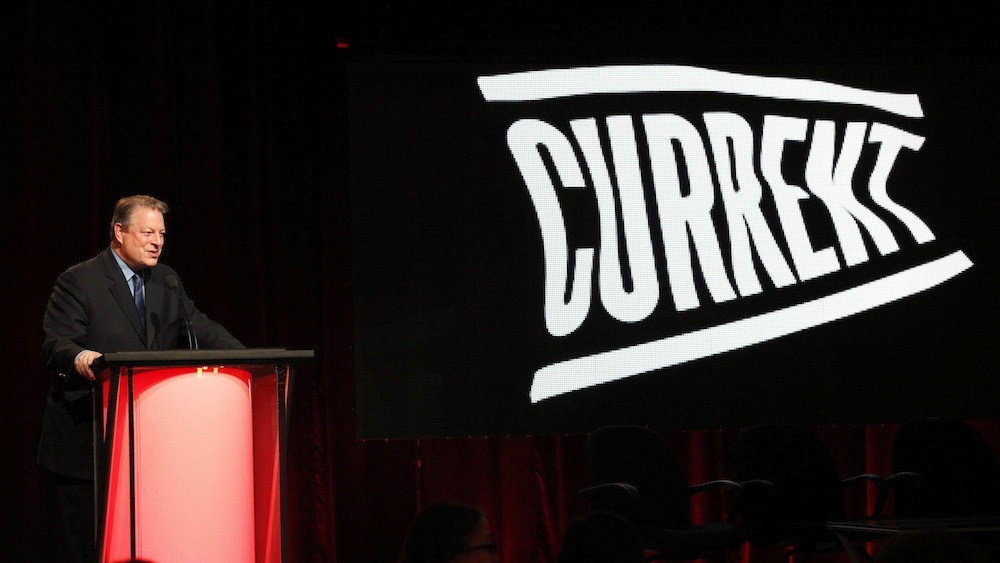 Al Jazeera, which primarily covers international news from an Arab-region perspective, has long sought to increase its English-language focused coverage. Previously, the news organization had provided some coverage via its Al Jazeera English website, but acquiring Current will give it a serious foothold in the U.S.

The network is currently available in 60 million U.S. homes, or just over half of the cable/satellite TV viewing audience, according to Nielsen. And since 40 percent of Al Jazeera’s audience comes from the U.S., its acquisition of Current makes perfect sense.

The U.S. cable network was launched in 2005 by former Vice President and Al Gore co-founder Joel Hyatt as the first channel to feature a hybrid of user-curated content and original programming. With less than desirable ratings, Current top brass decided to pivot the network away from its Internet roots to focus solely on traditional programing in 2009.

Current’s latest push for audience growth attempted to transform the network into a progressive-leaning cable news channel — similar in scope to CNN’s HNL or Fox News — has also been met with dismal results. Nielsen data suggests that the network brings in an average of 42,000 viewers during its prime time lineup of shows, which include programs hosted by former New York Gov. Eliot Spitzer, former San Francisco mayor Gavin Newsom, and The View’s Joy Behar. (For perspective, other cable news networks’ prime time viewership ranges from 300,000 to 2 million.)

The low ratings may have prompted Current to confirm that the network is indeed up for sale, having been previously approached by interested buyers several times in 2012. Most recently, media startup SocialGood.TV announced that it was putting together a formal offer to purchase Current with the goal of returning it to its progressive, non-political roots.

As for what will become of Current under its new owners, Al Jazeera said it will eventually replace the channel’s programming with its own. The new Al Jazeera/Current network will be headquartered in New York City, pulling news from its bureaus in New York, Washington, D.C., Los Angeles, Miami, and Chicago. The acquisition will double the network’s U.S.-based staff to more than 300 employees.