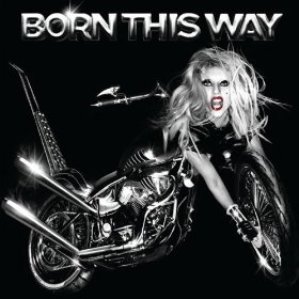 If you somehow managed to miss out on Amazon’s 99-cent deal for Lady Gaga’s newest album on Monday, fear not. Amazon is now offering “Born This Way” for a buck again today — and this time, the company says its servers won’t collapse under the onslaught of rabid music fans.

Amazon’s initial Gaga album deal was a deft move to undercut the competition (the album is available for $11.99 on iTunes, $15.99 with “extras”), and it was also a brilliant way to promote its recently launched Cloud Player. Buying this, or any digital album from Amazon at the moment grants users a free upgrade to 20 gigabytes of cloud storage.

But the company clearly bit off more than it could chew. Its servers crumbled under the load, and it took hours for many users to completely download the album.

What was supposed to be a demonstration of Amazon’s cloud and media superiority ended up feeling more reminiscent of its recent massive cloud infrastructure failure. And perhaps worst of all, it didn’t seem like Amazon had learned much about customer service from that debacle, offering up only an unapologetic tweet about experiencing “very high volume.”

Note to Amazon: your customer service desperately needs a human face. The company’s breakdown of its previous cloud computing failure was a nearly 6,000 word block of engineering jargon that failed to apologize to customers until the very end.

In a press release today, Amazon director of Music Craig Pipe confirmed that demand for Gaga’s album “definitely melted some servers.” He continued, “So we’re doing it again, and this time we’re ready.”

The company didn’t elaborate on how exactly it’s preparing for this next onslaught of traffic. But I assume it will involve not grossly underestimating the popularity of Lady Gaga.