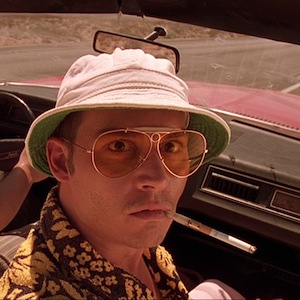 Online retailer Amazon has signed an agreement to offer select NBCUniversal TV and movie content to members of its Amazon Prime service at no additional cost, the company announced Thursday.

Access to the streaming video library is just one perk for Amazon Prime members. Membership, which costs $79 per year, also gives customers free or discounted shipping rates on all items purchased through the company’s website.

The NBCUniversal content licensing deal is the second Amazon has made this month. Last week, the company reached an agreement with CBS to add over 2,000 television shows to its library of content, which has close to doubled from 5,000 to over 9,000 programs since its debut in February. Financial terms of the deals were not disclosed.

Prime members can now watch Universal films like Eternal Sunshine of the Spotless Mind, Elizabeth, Babe, Flipper, Fear and Loathing in Las Vegas and several others.

Amazon is on its way to becoming the (albeit distant) third most popular streaming video service behind major competitors Netflix and Hulu — especially if it continues forging content licensing deals with media companies like Fox, ABC and Viacom.

Right now, Netflix is able to maintain its dominance because of the vast number of licensing agreements it has with media companies. The much younger Hulu is slowly catching up, having recently reached deals to add films from Miramax and The Criterion Collection to its streaming library.

However, if Amazon attains a comparable library of content, its streaming service could become the most attractive of the bunch. Unlike competitors, Amazon Prime membership has a low annual cost, offers additional incentives beyond the streaming service (shipping perks) and has no pre-roll advertising.

But, Amazon Prime doesn’t need to become the most popular in order to succeed.

The company’s strategy toward its streaming video business is similar to that of Walmart, which recently started selling streaming video rentals on its website. As a retailer, it can use the streaming service as a promotional spring-board to sell merchandise and digital media downloads.

Pictured is actor Johnny Depp in the 1998 film Fear and Loathing In Las Vegas.