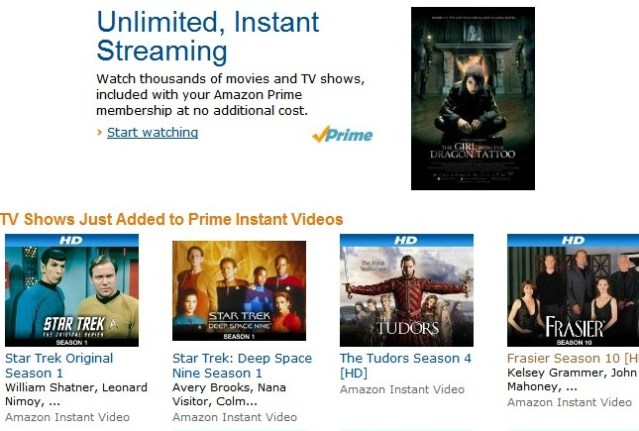 That brings Amazon’s total number of streaming video titles for Prime customers (who pay $79 a year for two-day shipping and other niceties) to over 11,000, edging quite close to Netflix’s roughly 12,500 titles (according to Instant Watcher, a service that makes it easy to find streaming Netflix titles).

As part of the deal, Prime customers will have access to Fox movies like Office Space, Last of the Mohicans, and Speed. Currently, only some Fox films are available for streaming on Netflix (though Netflix has most Fox TV series). Amazon already has licensing deals from CBS, NBC Universal, Warner Brothers, and more.

Given recent consumer frustration with Netflix due to rising subscription prices and the seemingly bone-headed way it spun off its DVD-by-mail business into a new service called Qwikster, now is the perfect time for competitors like Amazon to land more content deals and steal away subscribers. Similar to Netflix, Amazon also has both its on-demand and Prime video services available on connected TVs and set-top boxes, which makes it easy for consumers to get access to its videos in their living rooms.

The Prime streaming video service shouldn’t be confused with Amazon’s on-demand video service, which currently has over 100,000 titles available for rental and purchase.