Amazon is bringing its “X-Ray for Movies and TV” service to the big screen for the first time, with the news that the contextual information offering is rolling out for Amazon Fire TV and Fire TV Stick.

First arriving for Kindle Fire back in 2012, X-Ray for Movies and TV taps IMDb — the popular movie and TV show database acquired by Amazon in 1998 — to serve up relevant data based on what’s happening on-screen in Amazon Instant Video streams.

Want to know who that familiar-looking face is who’s just made a cameo appearance, or what other movies they’ve appeared in? X-Ray can tell you. 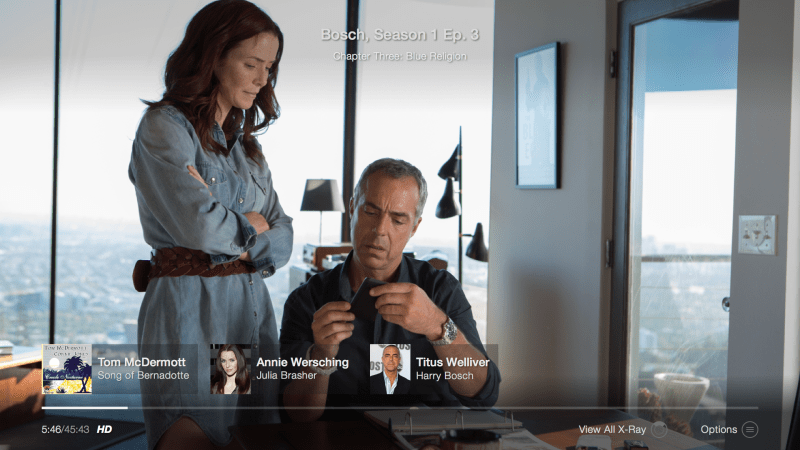 Thus far, X-Ray for Movies and TV has been restricted to Kindle Fire, Fire Phone, and Wii U, but now it’s looking to become firmly ingrained in the living room too.

While it would be great if X-Ray worked with other video-streaming services available on Amazon Fire TV and Fire TV Stick, such as Netflix, it’s unsurprisingly restricted to the company’s own on-demand streaming service Amazon Instant Video, including the limited “free” element that’s available to Prime subscribers.

It may be a slight overstatement to say that X-Ray holds the power to sway a would-be customer away from one of Amazon’s competing services, but it is certainly a key differentiator and a genuinely useful feature that should go down well with existing Fire TV and Fire TV Stick users. It can reveal a wealth of data related to what’s happening on-screen, covering soundtracks, actor biographies, character back-stories, and other interesting tidbits.

Amazon says the feature will be arriving for Amazon Fire TV and Fire TV Stick users from today for free, via an over-the-air (OTA) software update.