First, GoDaddy kicked the neo-Nazi blog The Daily Stormer off its domain-name registry. Then, right after the site appeared to stage a fake hack by Anonymous, Google did the same. Today, the blog’s problems only got worse.

The Daily Stormer reportedly retreated to the dark web, turning the site into a Tor Hidden Service — accessible only through a Tor browser — and jumping to Zodiac, a generic domain-name registrant based in China and the Cayman Islands. The domain hunt began after the site published a blog post attacking Heather Heyer, a 32-year-old woman who died when a car rammed into her during a neo-Nazi rally in Charlottesville, Virginia on Saturday. In a rare move, Facebook deleted many updates linking to the blog post.

After finding a new digital home, The Daily Stormer founder Andrew Anglin sounded a triumphant note in a post titled, “Anglin Here. I’ve Retaken Control of the Site. The Daily Stormer Never Dies.” But late Tuesday, a Twitter account purporting to belong to The Daily Stormer said its latest registrar had shut the blog down. The site is currently inaccessible, even through a Tor browser.

https://t.co/dCh6Daoh5G was just seized by the registrar

Earlier, the same Twitter account claimed that Coinbase was closing down accounts attempting to transfer Bitcoin payments to the site.

Bitcoin has slowed to a trickle. Coinbase is canceling the accounts of anyone who transfers to us.

The provenance of the account couldn’t be confirmed. Anglin declined to respond to a request for comment. But a screenshot of the Daily Stormer’s dark website on Tuesday before it went down again showed that the Twitter icon in its homepage header linked to the same Twitter account, @rudhum, that complained about the actions from Coinbase and Zodiac. 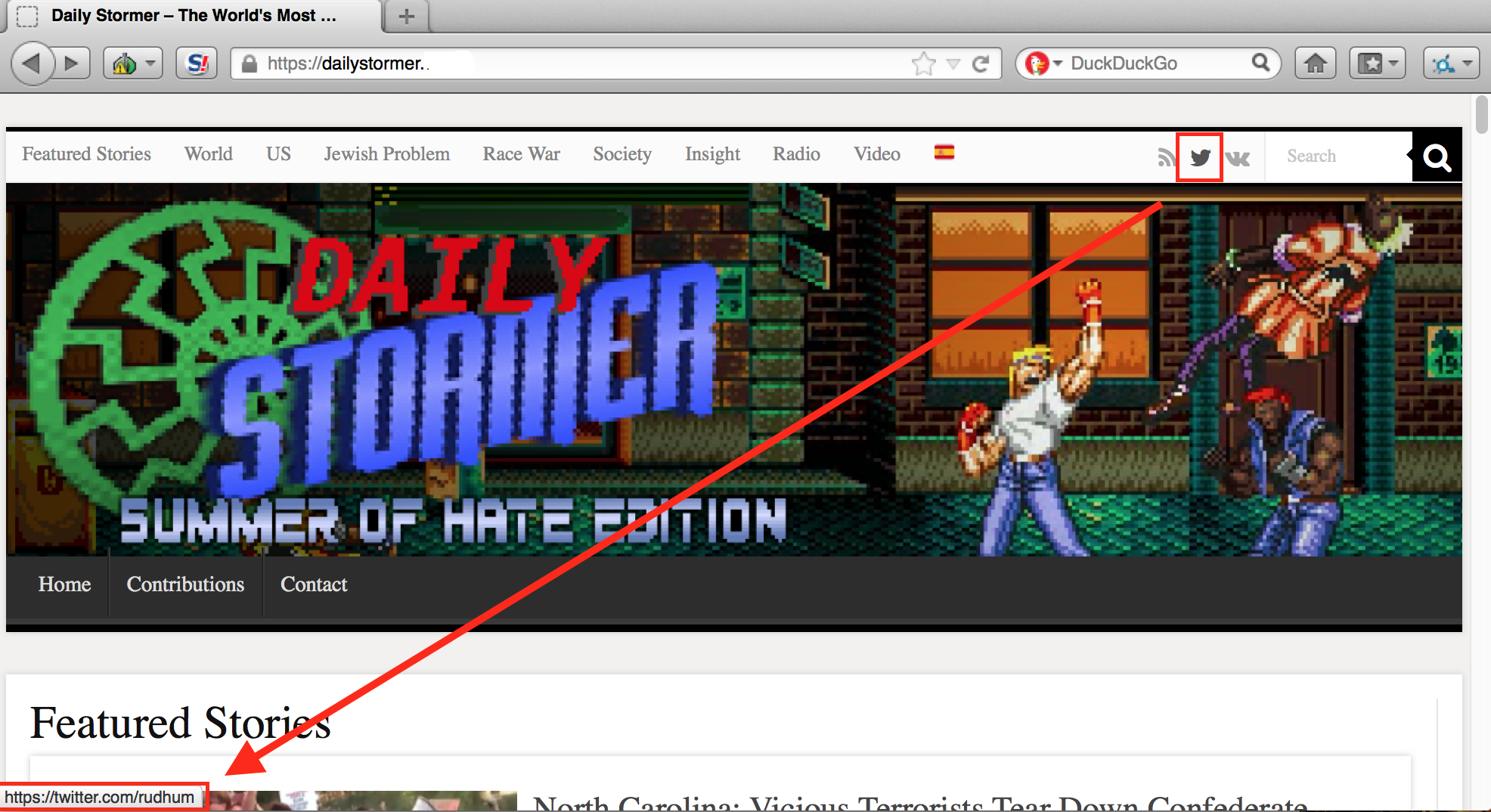 Asked whether it was blocking transfers to the Daily Stormer, Coinbase offered the following statement:

Although we do not comment on specific individuals, Coinbase prohibits use of an account which would abuse, harass, threaten, or promote violence against others. Coinbase continues to take action to enforce this policy across our platform, including to restrict access to Coinbase services and to close accounts.

When asked to clarify Coinbase’s policy, a spokesperson said, “A donation to any site that would abuse, harass, threaten, or promote violence against others would violate our terms of service.”

Similarly, a Twitter spokesperson declined to verify whether the @rudhum account belonged to the Daily Stormer but said, “The Twitter Rules prohibit violent threats, harassment, hateful conduct, and multiple account abuse, and we will take action on accounts violating those policies.”