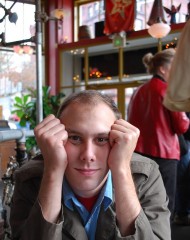 AOL is losing another top employee from its media division — this time it’s video-game blog Joystiq’s Editor, Chris Grant, who made the announcement in a post today.

The exodus, which was first announced in a personal blog post by Engadget Managing Editor Darren Murph, also includes two other Joystiq staffers. Together, the former employees plan to launch a video game vertical for Vox Media, which is known for producing Sports-minded SB Nation and technology-focused news site The Verge.

Over the past few years, AOL has attempted to shift away from its roots as a dial-up Internet service provider in favor of growing its media and advertising business. However, some of the company’s investors are worried that its media business is in trouble, due to poor profit returns on acquisitions and fleeing employees at the top.