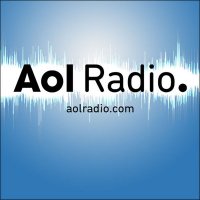 The free version of the new service will be based on Slacker’s current service. Like Slacker, the service will enable users to create tailored radio stations, save favorite songs and stations, read album reviews, access artist biographies, review station histories, and skip up to six songs per hour, per station.

AOL’s premium music service will also be based on Slacker, which offers two paid subscription models: a “Radio Plus” service, which gives users unlimited song skips and cuts the ads for $3.99 per month and “Slacker Premium”, which gives users the ability to play any song in Slacker’s music library whenever they want for $9.99 per month.

AOL previously had a paid music subscription service that it sold in 2007 to Napster. However, the partnership with Slacker is less about a premium option and more about building out the company’s advertising options.

Under the terms of the partnership, Slacker will handle all advertising within the free AOL music service as well as ads for its own service. AOL meanwhile will focus on promotional advertising packages from other portions of its company.

Initially, AOL plans to launch the service with an iPhone app, with iPad and Android apps to follow.

via All Things Digital