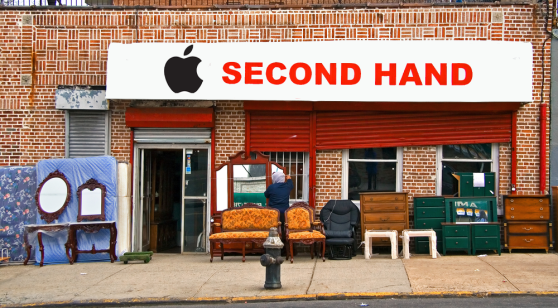 For most of history, the relationship between buyer and seller has been pretty simple: You buy something, and then the seller leaves you alone — forever — to enjoy it.

With the rise of digital goods, that relationship has been turned on its head. Now, when you buy something, you’re really buying the rights to access it, and using measures like Digital Rights Management (DRM), the seller can dictate how you use your purchase.

Amazon and Google want to complicate that relationship a bit more. According to a pair of patent applications, the two companies are looking into ways to allow people to re-sell their digital goods — or, more precisely, the licences to their digital goods.

Amazon’s patent, which was awarded to it last month, says that the company could even limit the number of times a file could be transferred, adding a bizarre sort of obsolescence to digital goods. “When a digital object exceeds a threshold number of moves or downloads, the ability to move may be deemed impermissible and suspended or terminated,” the company says.

It’s crazy, interesting stuff, but it comes with its own set of questions.

For one, the problem with applying “pre-ownership” to digital goods is that ownership itself is based on the idea of scarcity: Once I give you what I have, I no longer have it.

That idea is out of place in the digital word, which has eliminated — in theory, anyway — the notion that we can run out of copies of something. With digital goods, even if I give you what I have, I still have it. (And it’s still in great shape.)

That, of course, is what you call “copying,” and it’s the very thing copyright law exists to police. For a lot of people, the end of scarcity is a fulfillment of the digital promise, but rights holders (and companies like Apple and Amazon) miss out on revenue when their customers make unsanctioned copies of their products (i.e., pirating), so an enforced digital scarcity could be a money maker.

But a bigger problem with the digital resell model is that it would require some pretty Draconian measures to police. According to Apple’s patent, the company could prevent the transferrer “from accessing the digital content item after the transfer occurs.” What’s to prevent the transferer from making a copy of the content, and then transferring it? Apple’s’ parent doesn’t address that possibility.

In a way, though, Apple and Amazon are fighting a war of attrition that they’ll inevitably win. As the rise of services like Spotify has shown, people are becoming increasing comfortable with the idea of having ubiquitous, cloud-based access to music rather than outright ownership of it. Perhaps it’s the cloud that will be at the core of the digital resell market as well.