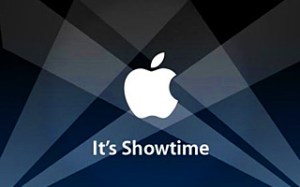 Apple representatives have been reportedly taking meetings around Hollywood to put the finishing touches on a new cloud-based movie service.

According to sources for the Los Angeles Times, movie studios and Apple reps are close to sealing deals that will let consumers buy movies on iTunes and access them on any Apple device.

The Times points out that cloud storage could provide consumers with an easier option than managing and storing digital copies of movies at home or on their own devices, which could help encourage more cloud-based movie purchases.

In fact, we’ve been saying for a couple years now that Apple needs a cloud-based service for films and television shows. Former VentureBeat writer MG Siegler points out in the aforelinked post that one season of one TV show took up around 30GB of space and that he had to buy a terabyte of external storage just to keep up with his iTunes habit.

The long-time-coming service is said to be launching as soon as late 2011 or early 2012.

This offering from Apple competes with Ultraviolet, an alliance of tech companies and major motion picture studios that aims to bring more entertainment properties to the cloud.

For purchased Ultraviolet DVDs and Blu-ray discs, buyers will be able to use the hard-copy discs and will also have access to cloud-based copies of the same movies. The cloud-based versions can be viewed from all manner of large- and small-screen gadgets, including smartphones, tablets and web-connected TVs.

Ultraviolet will be launching its digital-only purchases starting in 2012.

Of course, both of these offerings are competing with the popular and cheap streaming options from companies such as Hulu, Blockbuster and Netflix.

Netflix is reporting around 24 million subscribers in Q3 2011 and $789 million in revenue during the second quarter of this year.

Hulu, a strong contender in content, is still relatively small in the paying subscribers category, with just more than one million users for Hulu Plus, its premium streaming service.