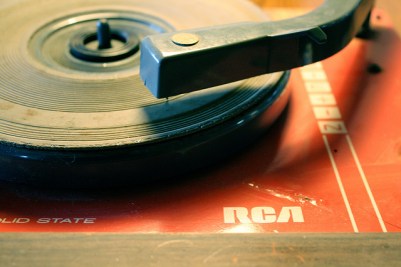 I hope Apple announces its new plans for digital music purchases soon, because I’m getting tired of the constant speculation. This time around, it seems Apple is negotiating deals with record companies to allow customers to download music they’ve purchased across multiple devices, Bloomberg reports.

Such a change would lead to more flexibility for users, since they’ll be able to download music they’ve already purchased on their iPhones or iPads without syncing with their computers. But it’s still no music streaming service — one that would allow consumers to listen to music streaming over the web, instead of downloading — which has been the main thrust of iTunes revamp rumors since Apple purchased streaming music company Lala in late 2009.

In addition to letting users access their music collections without synchronizing to their computers, the download deal would also serve as an unlimited backup for users’ music. Additionally, it could serve as a stepping stone to a future iTunes music streaming service. Apple would need a robust infrastructure to let users stream media without interruption, and offering unlimited downloads would be a first step towards providing that.