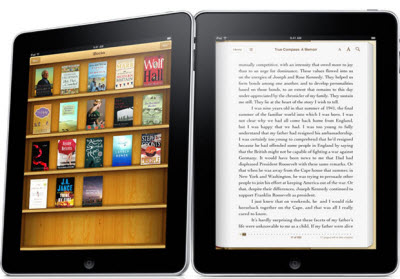 Apple apparently has a big event in store for New York City this month — though it’s not the announcement of the iPad 3, or the rumored Apple television set.

Most likely, the event will center on a media-related announcement since Apple SVP of Internet Software and Interactive Services Eddy Cue is said to be involved, reports All Things D’s Kara Swisher. Cue, who was Apple CEO Tim Cook’s first major appointment as SVP, spearheads Apple’s media properties, including iTunes, iCloud, the App Store, and iAd.

Update: TechCrunch’s Alexia Tsotsis reports that the event will focus on improvements to iBooks, as well as additional publishing-related announcements.

Prior to the TechCrunch report, I assumed the event would have something to do with iAd, Apple’s struggling mobile advertising solution. The company purchased the mobile ad firm Quattro Wireless for $275 million in 2010, which was then refashioned into iAd, but never quite caught on with publishers.

Given that most of the buzz around iAd has been negative over the past year, Apple certainly needs to shine a good light on the mobile advertising service. It could be announcing new major publisher deals, or changes to iAd that will be more tempting to ad buyers. The departure of former Quattro head Andy Miller from Apple in August was yet another blow for iAd, which still lacks direct a replacement for Miller.