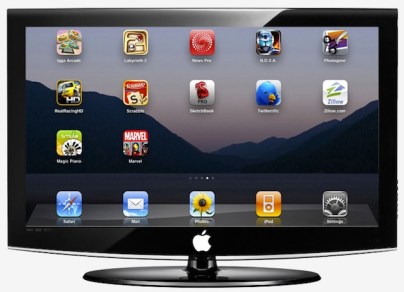 Apple is almost certainly making a TV, but it’s probably not aiming to replace the big screen in your living room. Instead, the company will likely start with a product aimed at being your second (or third) television.

It seems clear that Apple is working on some sort of television product, as we reported last week. But as a longtime denier of Apple television rumors, I still have a hard time swallowing the fact that Apple would want to offer big-screen TVs and compete with the likes of Sony and Samsung.

After chewing on our latest Apple television report, I quickly realized that a big screen is not what Apple would be aiming for at all. Instead, an Apple television would most likely serve as a secondary television set — under 30 inches, and ideal for bedrooms, kitchens and college dorm rooms — instead of elbowing for attention in the living room.

It’s much easier for Apple to deliver smaller TVs because they won’t compete directly with consumers’ existing and expensive big screen sets. It also means that Apple won’t have to fight with entrenched TV manufacturers when it comes to price: The company would certainly have a hard time charging a premium when companies like Vizio are driving down big screen prices heavily. A 26-inch Apple branded television around $400-$500 would be much easier to swallow. 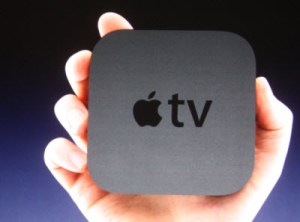 Another well-worn argument against a dedicated Apple television is that it would directly compete with the Apple TV, which Apple just refreshed last year with a very tempting and tiny $99 iOS-based model. But while the Apple TV is a great gateway to consumers’ big-screen TVs, it’s less enticing for smaller televisions since they’re often set up in areas without much space for extra set-top boxes.

A small Apple television with the built-in capabilities of the Apple TV box would be a better option for locations like bedrooms and kitchens, as well as for college students who don’t want to deal with extra devices.

Both iCloud, Apple’s cloud storage service, and AirPlay, its technology for wirelessly sharing media, would shine for consumers with multiple television sets. iCloud could technically grant an Apple television instant access to your entire media library, and AirPlay would make it easier to share content on the TV screen from your iOS and Mac devices.

Both technologies make having more than one television more useful to consumers, especially if the TVs are in locations that make it difficult to connect to cable or satellite service. With AirPlay, iCloud, and an Apple television, who needs to pay for cable?

It’s nothing all that new for Apple

Apple has essentially been building high-quality small HDTVs for years with its Cinema Displays and iMacs. That means the company already has access to most of the components necessary for building an HDTV under 30 inches, aside from the obvious HDTV tuner and coaxial inputs. It wouldn’t be that difficult for Apple to shove in the hardware used in today’s Apple TV box into a television set either, since the hardware is already incredibly tiny.

Google’s recent Motorola Mobility purchase gives it command of a major cable TV box market, which could serve as a major push for Google TV over the next few years. Apple won’t sit back and let that happen, and an inexpensive Apple television would be the perfect way to fight back against Google.

I don’t suspect we’ll be seeing an Apple television this year. But it makes sense for next year, at which point Apple’s iCloud service will be well known to consumers. The iPhone will likely be available across all major US carriers by then as well, and together with Apple’s AirPlay media streaming, it will serve as a powerful conduit between the web and consumers’ living rooms.