Apple TV+ will cost $4.99 per month with a free seven-day trial when it launches worldwide on November 1. (Customers get one free year with the purchase of an Apple device starting September 10.) As previously promised, it’ll be advertising-free and available for both online and offline viewing across over 100 countries through the Apple TV app, which comes preinstalled on iPhone, iPad, Apple TV, and iPod touch and soon on Mac with macOS Catalina. The Apple TV app is also available on select Samsung smart TVs, and will come to Amazon Fire TV, LG, Roku, Sony, and Vizio platforms in the future.

Apple says that starting today, viewers can add Apple TV+ series and movies to Up Next on the Apple TV app so that they’re notified the minute the first episodes become available. At launch, most Apple TV+ series will premiere with three episodes, with one new episode to roll out each week, while full seasons of some series will be available all at once. 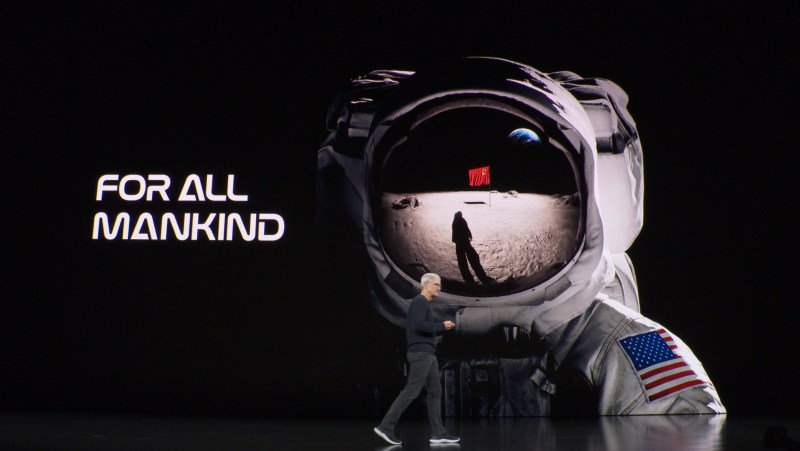 Shelling out for yet another subscription service might not sound terribly appealing to most people, but Apple’s betting its star-studded content lineup will persuade even the most frugal customers to fork over their hard-earned Hamiltons. It’s invested upwards of $6 billion in developing over 25 different TV shows and movies for Apple TV+, reportedly spending approximately $15 million an episode on some of its biggest shows. And in stark contrast to the competition, Apple has sought to keep all of its content “family-friendly” so that it can be displayed in its retail stores.

Among the headliners are: