Apple’s WWDC announcement of Stocks for the iPad, iPhone, and Mac was confusing: It wasn’t entirely clear at first whether the iPad and Mac would get a new standalone Stocks app like the one iPhones have had since 2007, or just integrate stock information into another app, News. But iOS 12 and macOS Mojave betas confirmed that a full Stocks app is coming to iPads, iPhones, and Macs in September. More interestingly, Stocks establishes an app design paradigm that we’re likely to see over the next few years — the iPad as the central platform for new Mac and iPhone app designs. 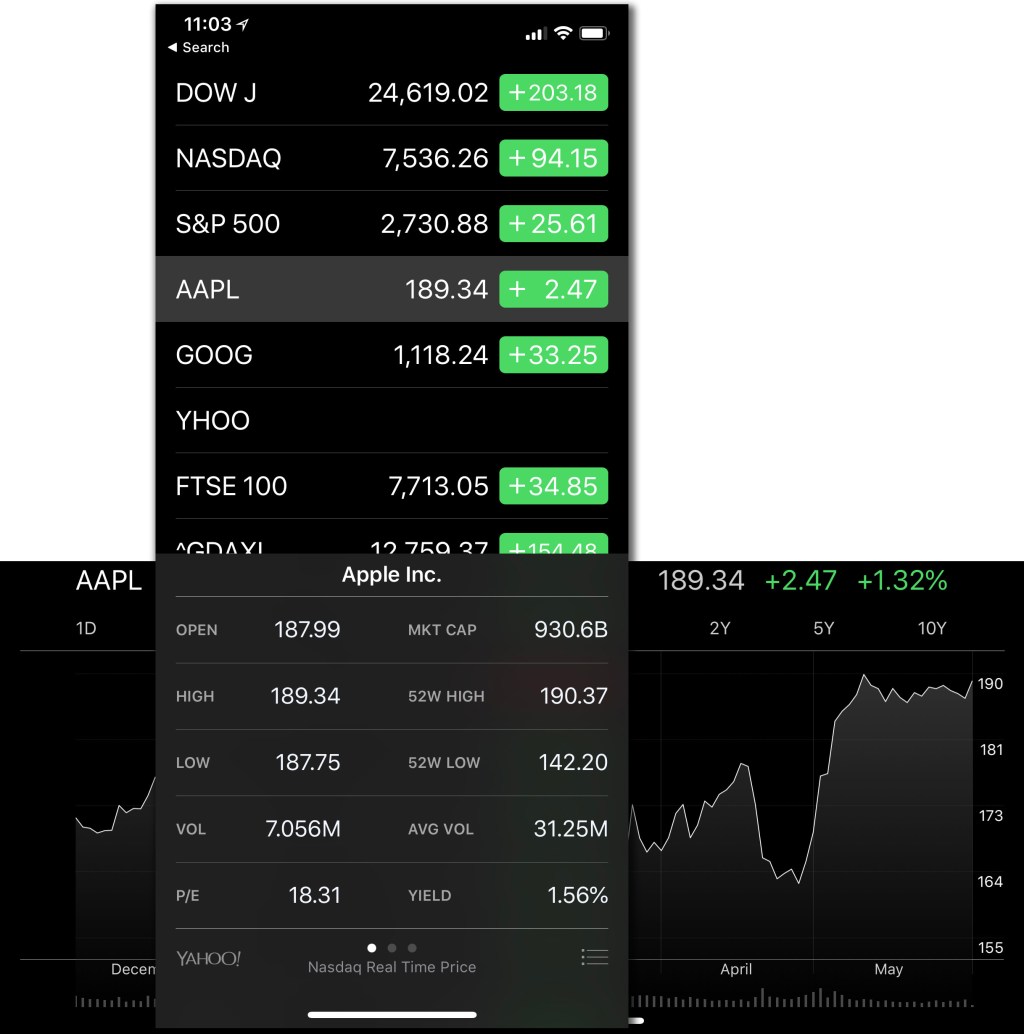 Above: The iOS 11 version of Stocks was largely unchanged from the original app debuted in 2007.

Prior to the announcement of iOS 12, Stocks was one of iOS’ least-modified apps, launching on the original iPhone, receiving the same iOS 7 UI whitewash as other apps but remaining similar in features from year to year. Oddly, though Apple has brought most iPhone apps to the iPad — and iPad apps to the Mac — Stocks remained stubbornly iPhone-exclusive. My suspicion was that Apple just didn’t care much about the app, or felt that iPad and Mac users had ample other solutions, ranging from web pages to third-party apps. 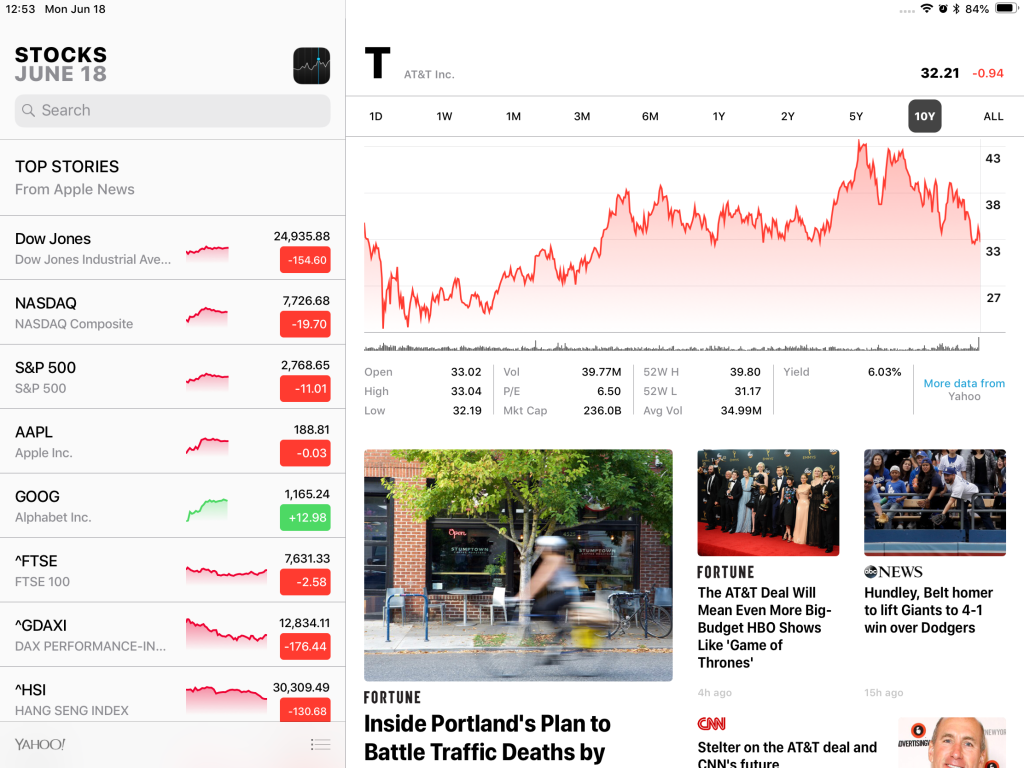 What’s most notable about the new iOS 12 Stocks app is that the iPad version appears to have been the lead platform for both the iPhone and Mac versions of the app. The iPad version uses two panes — around 1/3 of the screen for stock names, symbols, prices, changes, and mini-graphs, with 2/3 of the screen for a large stock chart followed by columns of news stories akin to the Apple News app. On macOS, the app is virtually identical to the iPad version, but you can resize the chart and news side to fit any window shape you prefer.

Above: Stocks for iPhone on iOS 12.

There’s one major difference between the iPad and macOS apps. The macOS app supports Mojave’s new Dark Mode, a feature that hasn’t yet come to iOS. For some reason, perhaps for consistency with the earlier iOS versions of Stocks, Apple uses the Dark Mode version of the interface on the iPhone. You’re initially presented with the entire left stocks pane from the iPad, with news stories hidden within a pull-up tab that contains stories from all of your tracked stocks and indices. 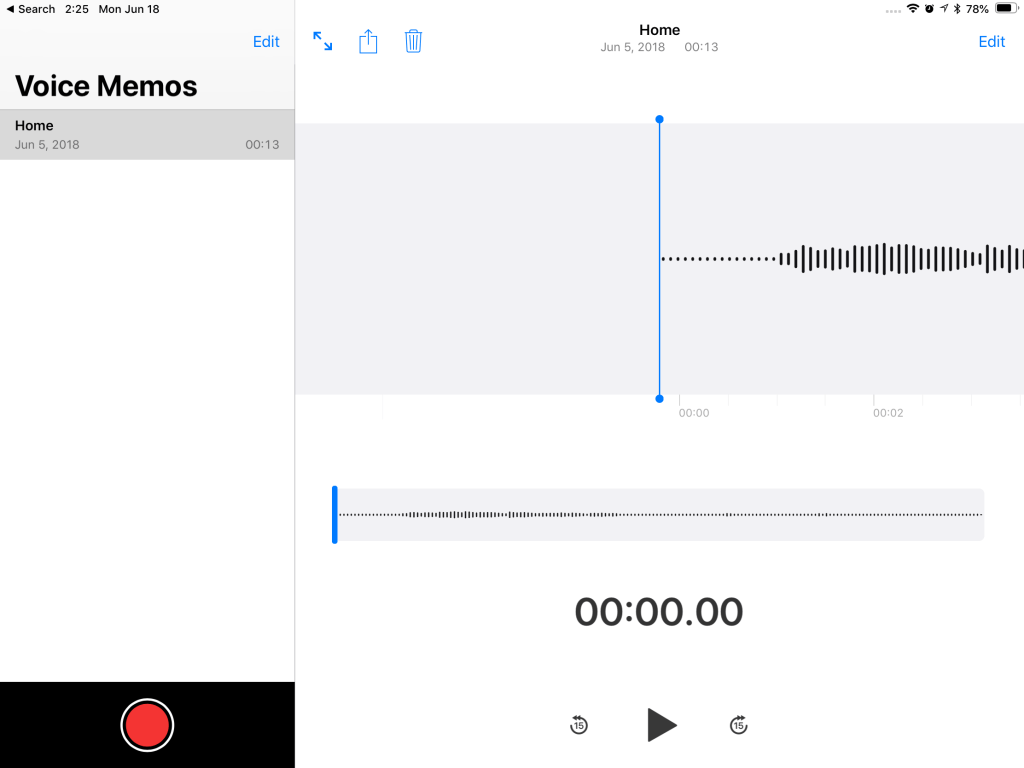 Above: Voice Memos for iPad on iOS 12. 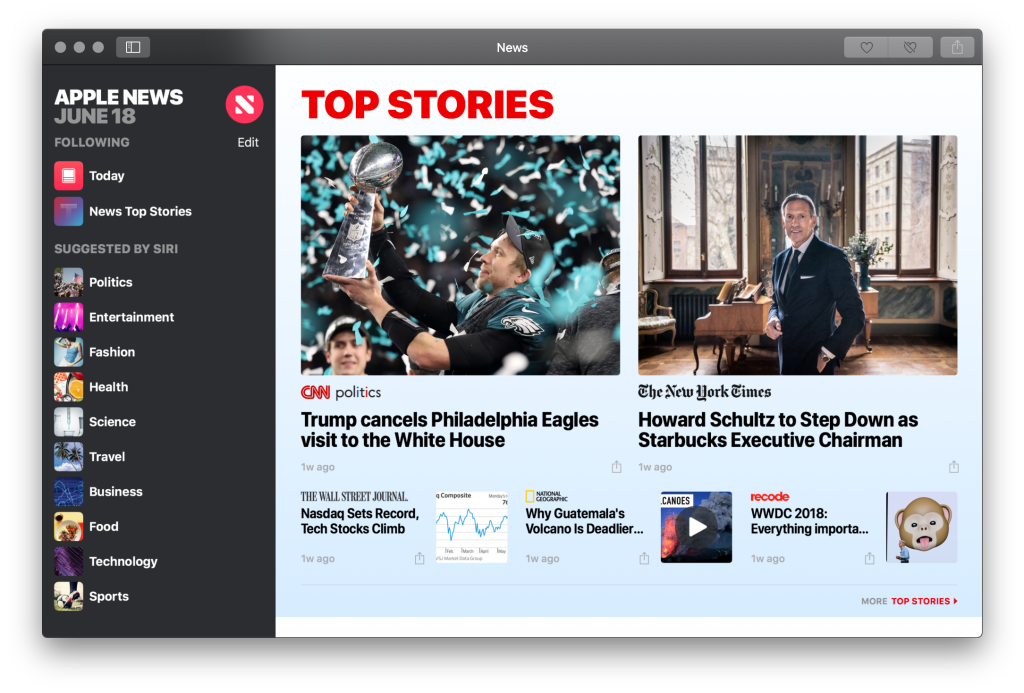 Above: Apple News for macOS Mojave.

Contrast these choices with the latest version of Apple News, which was already on the iPad and iPhone before coming to macOS Mojave this year. News looks virtually the same on the iPad and Mac, adding a (possibly unnecessary) left pane full of followed topics to a main news story page seemingly just to make more use of the screen. The iPhone UI, which used to be very similar on the iPad, was news-only — no extra column.

Above: News on iOS 12 for the iPhone.

From my perspective, the takeaway from these apps is pretty straightforward. As Apple begins its so-called Marzipan transition, whereby macOS and iOS apps will start to share code bases and probably more UI elements than ever before, the core UI design vision is frequently going to start with the iPad — not the iPhone or the Mac. Finding the right meat to place in both the left 1/3 and right 2/3 of the iPad’s screen is going to be the central challenge, as keeping the UI as consistent as possible across phones, tablets, and computers will come to be seen as an advantage.

In the past, Apple put great emphasis on making apps work best on each individual device, even if that meant creating a very different UI for each one. Going forward, the sooner a user can figure out how to use an app across multiple devices, the more intuitive it will be said to be.

So if you’re a developer and don’t yet have an iPad, the time has come to get one — either now, or perhaps just after the September refresh. The core of app intuitiveness will began with an iPad app that works properly on its own, and scales well to both iPhones and Macs.