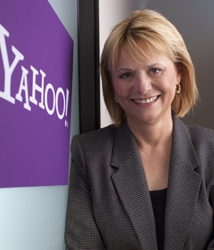 As the firing of Yahoo CEO Carol Bartz suggests, patience is wearing thin among board directors at big technology companies. Bartz’s ouster follows the firing of other CEOs for offenses that would be classified as misdemeanors at any other type of company.

The reason may be that we’re in a time of profound growth and disruption. New businesses such as Facebook have grown to 750 million users in the course of seven years. Apple has seen spectacular sales of the iPhone since 2007. And Google’s Android has spiked as demand for smartphones and tablets skyrockets.

Under Bartz, Yahoo seemed to stand still. It turned down renewed offers from Microsoft to buy the company at a steep discount. And it turned away from Google as a provider for its search business. But it didn’t accomplish anything with big initiatives aimed at streamling the company’s operations and finding new sources of growth. Since Bartz came on board in January 2009, the stock barely rose.

It’s a good lesson for other tech company CEOs. If you’re standing still while everybody else is running fast, you’re going to lose the race. Just look at Dirk Meyer, the former chief executive of Advanced Micro Devices. He pulled off the surprise of the decade when he and other executives at AMD engineered a turnaround in server chips, dealing a big blow to Intel starting in 2003. As a reward, Meyer was given the post of CEO in 2008. He extracted $1 billion from Intel in an antitrust settlement and oversaw the spinoff of AMD’s manufacturing business.

But when Apple turned the PC world upside down with the high demand for tablet computers, AMD didn’t have a good answer. Intel had been making good progress in low-power chips, but AMD didn’t have anything cooking that would help it break into smartphones and tablets in the near future. As far as anybody can tell, that’s why AMD chairman Bruce Claflin and the rest of the AMD board fired Meyer in January. The irony is that it may still be years before AMD can be a player in the tablet chip business, since it takes so long to design chips. Meyer wasn’t losing the race to Intel. But in the board’s view, he probably wasn’t doing enough to deal with the threat that tablets would one day pose to the PC business.

Apple’s board also had to act affirmatively to Steve Jobs’ decision to resign from Apple. In Jobs’ case, he evidently wasn’t fired for his poor health. But whatever the cause of the departure, the result was change. At Hewlett-Packard, the board had to act quickly to fire Mark Hurd after it was faced with evidence that he had lied to them over his relationship with a marketing contractor.

In years past, such a transgression would likely have been overlooked. But it seems that boards are acting as much on fear as anything else. Given the poor reception that HP’s new CEO, Leo Apotheker, has had on Wall Street to his plan to spin off the PC company and move into software, he might have to start worrying soon as well. Apotheker had very little patience for losing money in the tablet business, as he killed HP’s new WebOS tablet after just six weeks on the market. Will corporate boards show the same kind of impatience when it comes to waiting for the CEO to perform? The message is clear. If you’re standing still, you’re not winning.