Spotify is building out onto more platforms, Apple’s working on something big, and Jay Z is muscling his way into the action too — yes, streaming is very much where things are at in the music realm these days. Which is why it may surprise some to learn that the U.K. now has its first official top 40 weekly vinyl charts.

2014 heralded the biggest surge in record sales in Britain in two decades, with 1.29 million albums sold last year. Data from the Official Charts Company also shows that sales from the first three months of 2015 point to this trend continuing: Q1 saw a 69 percent rise in vinyl album sales over the corresponding period last year.

Estimates suggest sales could sail past the 2 million mark by the end of the year, which is quite a remarkable feat for a medium that has been around for more than half a century and has fended off competition from cassette, CD, MiniDisc, downloads, and now streaming. It also mirrors data from other markets, with the U.S. reporting a fall in downloads last year, with vinyl experiencing a resurgence.

There are now two top 40 vinyl charts in the U.K., catering for album and single sales (7-inch and 12-inch). They paint a slightly different picture compared to the streaming charts, which feature the likes of Ed Sheeran and Sam Smith. A sign, perhaps, of the different demographics that maintain an interest in physical records. 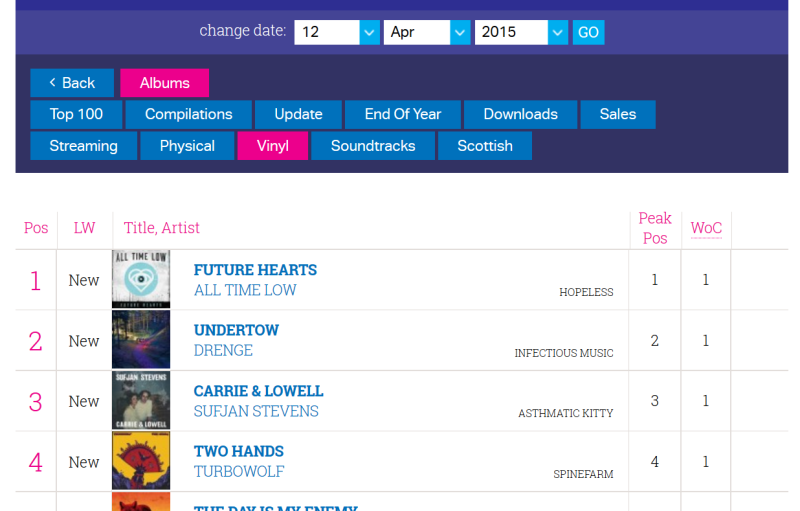