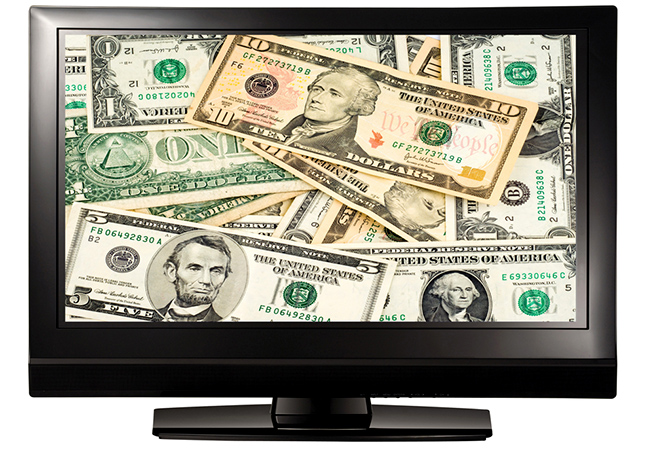 Despite the small (but growing) movement of cord cutters, cable and satellite TV providers continue to raise the cost of monthly service, according to a new NPD Group study published today.

On average, NPD found that consumers’ monthly bill for basic or premium TV service increases roughly six percent per year, despite consumer household income remaining essentially flat. In 2011, the average monthly bill was $86, but the monthly cost will rise to $123 in 2015, and a whopping $200 in 2020, according to NPD’s findings. The study also shows that 16 percent of U.S. households don’t subscribe to a pay-TV service but expect that number to rise around 2013-2014 when the average monthly bill tops $100.

The research firm estimates that most of the cost increases are due to higher TV program licensing fees. So for instance, ESPN wants another $1.50 per month for every subscriber that get’s Comcast’s standard cable TV package — which in turn, gets passed along to the subscriber. 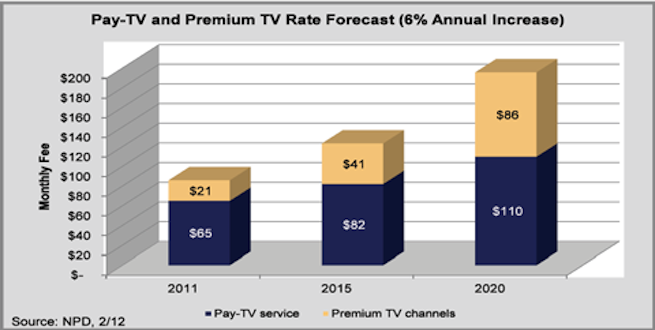 “As pay-TV costs rise and consumers’ spending power stays flat, the traditional affiliate-fee business model for pay-TV companies appears to be unsustainable in the long-term,” said NPD Group Research Director Keith Nissen in the report. “Much-needed structural changes to the pay-TV industry will not happen quickly or easily; however, the emerging competition between S-VOD and premium-TV suppliers might be the spark that ignites the necessary business-model transformation of the pay-TV industry.”

We know that some companies are now trying to mimic the success of Netflix by boosting their digital OnDemand streaming video libraries. This has been moderately successful in keeping people from canceling their monthly service in favor of high-speed broadband and a Netflix subscription, but it’s almost too early to tell.