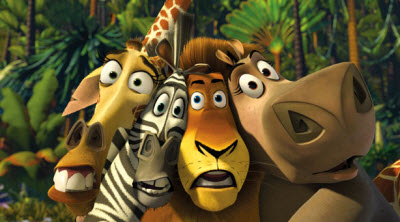 DreamWorks Animation, the animated movie powerhouse that created hits like Madagascar and Shrek, has cut a deal to provide streaming films and TV specials via Netflix.

In scoring the deal, Netflix managed to beat out HBO, marking the first time Netflix’s web streaming has beat out a major pay-TV producer in securing a distribution deal with a major film maker.

“We are really starting to see a long-term road map of where the industry is headed,” Katzenberg said. “This is a game-changing deal.”

Ted Sarandos, chief content officer at Netflix, said, “You’re seeing power moving back into the hands of content creators. When a company like DreamWorks ends a long-running pay-TV deal — when a new buyer in the space steps up — that’s a really interesting landscape shift.”

Netflix isn’t exactly sitting pretty, though. It faces growing competition from Apple, Amazon, Vudu and Wal-Mart. And Dish Network announced a Blockuster-branded streaming and DVD-by-mail service on Friday, presenting yet more competition for Netflix. Meanwhile Netflix consumers are reeling from a hefty price hike that drove many of them to get rid of their long-term accounts for DVD-by-mail service. Netflix will also lose the rights to stream a lot of films in February, since it failed to renegotiate a deal with cable channel Starz. Netflix’s decision to spin off its DVD-by-mail service has also caused some backlash.

This quarter, about 1 million of Netflix’s 25 million consumers have dropped the service because of the price hike. And the company lost half its market value, or $8 billion, in two months. Netflix will begin streaming DreamWorks movies in 2013.