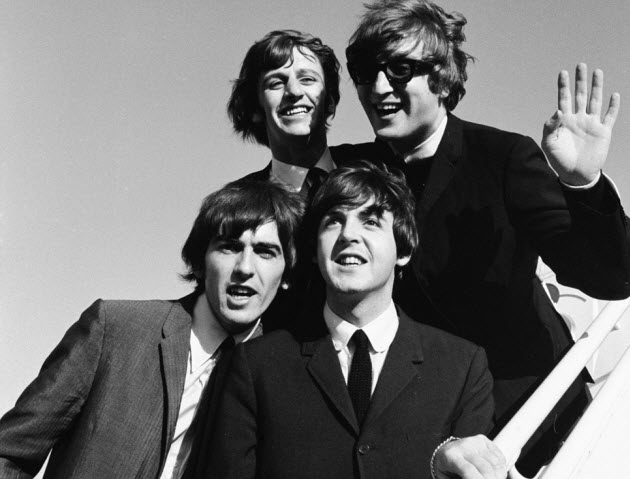 Ending a long and winding negotiation with record company EMI, Apple confirmed today that it will begin selling Beatles songs today for $1.29 apiece.

Songs from all 13 Beatles albums are available for purchase individually or by album. The entire collection, dubbed The Beatles Box Set, is available for $149. The pricing isn’t that different from Apple’s usual iTunes prices, which range from 69 cents to $1.29. That is a victory for Steve Jobs, chief executive of Apple, who has long insisted on set prices for content. The concession, which Apple made recently, is that the songs are no longer all just 99 cents.

If you’re a Beatles fan, you’ve been waiting a long time for this moment. It’s also an important collaboration that brings together entertainment and technology companies in the digital age. It means that, whatever their past disputes, big businesses can come together when it serves their mutual interests. Let’s hope that this is just the beginning of a new era of collaboration between rights holders and tech companies, where the consumers will win.

In the past, you could get music on your iPod or iPhone by buying a CD, copying the music to your hard drive, then uploading the songs to your device. By eliminating two of those three steps, this new deal puts one more nail in the coffin of the CD.