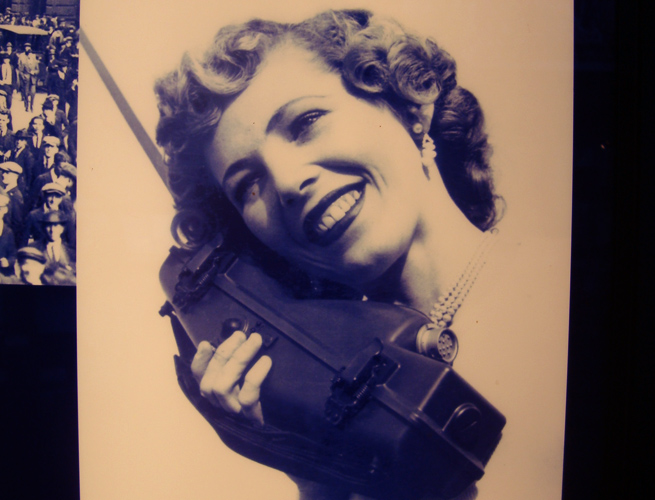 Since Spotify‘s U.S. launch a year ago, the startup has turned into one of the best streaming music services available today. And with the company’s transformation into a platform for music-focused apps, the service has gotten even better.

Spotify’s desktop and mobile applications give you access to a catalog of more than 16 million tracks. The company also has begun to offer Pandora-like radio that both free and paid users can access. But Spotify’s apps take the service a step further, fundamentally changing the experience of finding and listening to music.

As of this writing, 36 applications are accessible inside of Spotify’s desktop app, with big names like Rolling Stone, Pitchfork, and The Guardian providing their own apps. These desktop apps change the music-listening experiencing by providing music discovery, music reviews, social listening, lyrics, and even dating. Spotify has said it also intends to bring third-party apps inside its mobile apps, but it hasn’t said when.

We’re sure the app platform will continue to expand, but for now we’ve made a list of our five favorite Spotify apps. 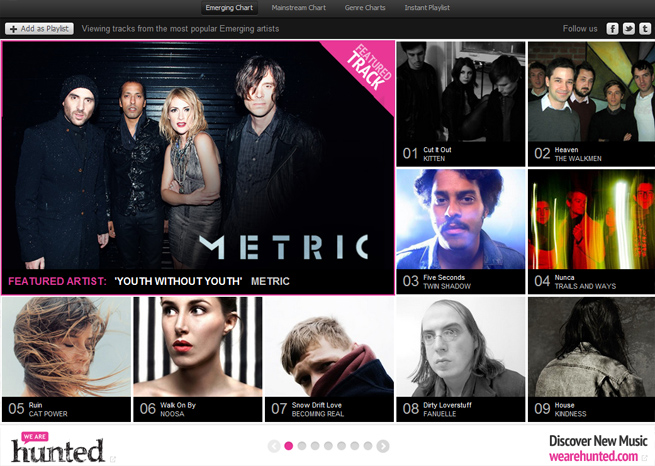 Whether or not you follow popular music charts from Billboard, iTunes, or other sources, it’s great to be able to access popular and emerging songs. We Are Hunted is sort of a “cool Billboard” that tracks emerging music through blogs, social media, message boards, and P2P networks. It uses a well-designed, visual interface that lets you scroll through 99 trending songs with corresponding artist thumbnails. If you’re feeling like being turned on by artists you’ve never heard of, there’s the “Emerging Chart” tab. Or if you want more conventional picks, there’s the “Mainstream Chart” tab. Additionally, the app has seven different genre playlists to cycle through. You can also use the app to create a playlist based on an artist you like. 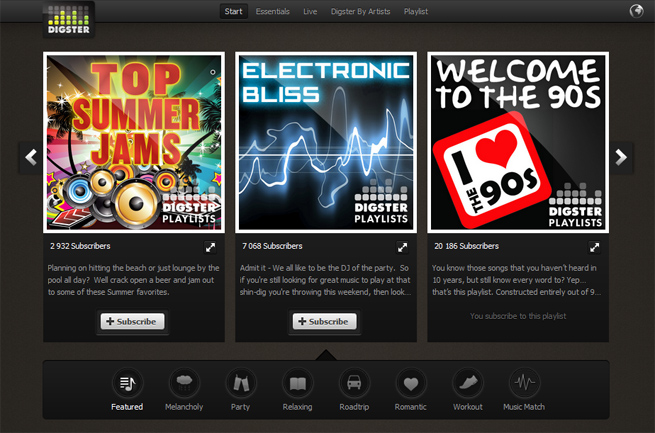 While Spotify offers a relatively new Pandora-like radio function to create playlists, Digster takes the notion of playlist building further with curated playlists from across the spectrum of music. You can choose from hip-hop, classical, Motown, classic rock, and everything in-between and experience classic hits and songs you’ve never heard side-by-side with more ease than ever. You can also check out Share My Playlists for more playlist options. 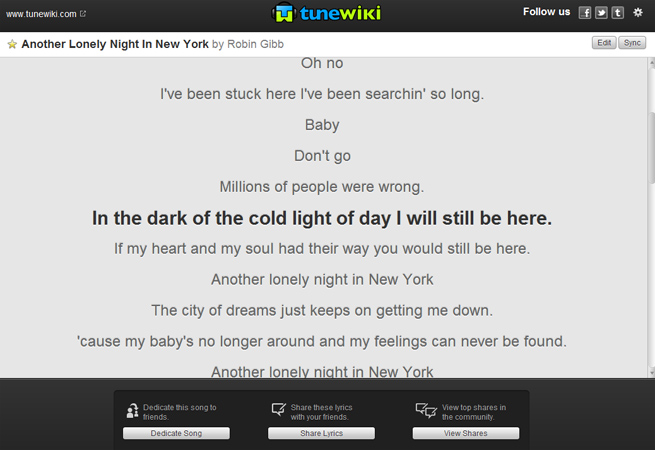 The TuneWiki app doesn’t redefine the nature of listening to music, but it certainly is one of the most practical and helpful Spotify apps. The service makes it possible to see lyrics synced up in real-time with whatever song you’re listening to, making it easier than ever to figure out what the heck they’re singing about. What’s also cool is that lyrics are crowd-sourced, so if a song’s lyrics seem wrong, you can change them just as if you were editing Wikipedia. 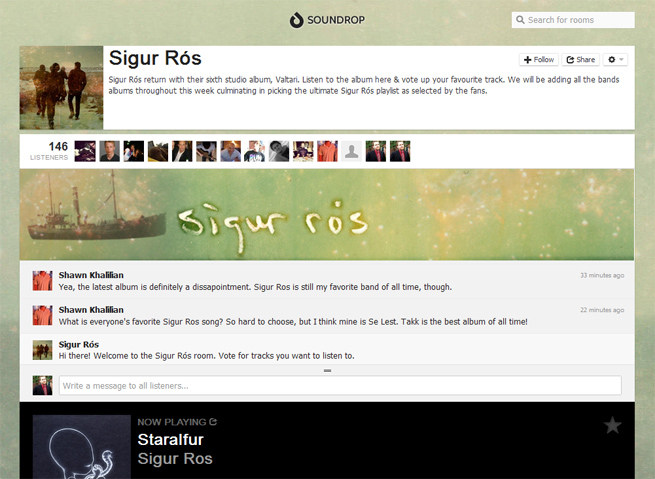 Soundrop is easily the most unusual app on this list because it’s the only one to receive VC funding. Yes, even Spotify apps can raise money, which is a sign that the platform is strong and growing. Soundrop creates a social listening experience with “rooms” in which you can listen to music. You can browse through various artist rooms (the picture above shows the one for Sigur Ros) and talk to people about the artist. While in the room, you can also add songs to the room’s playlist and vote up songs other people have suggested. The company says its nearly 7,000 rooms have played more than 60 million songs to date. 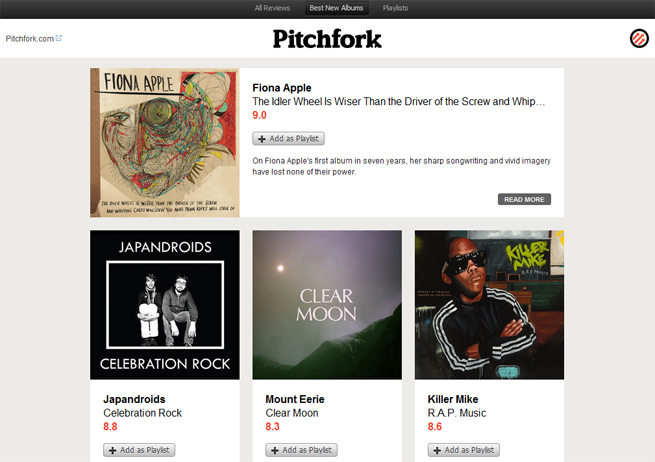 While Pitchfork has many loud fans and equally loud critics, the Chicago-based site is still in many ways the Internet age’s Rolling Stone. It provides a spotlight (and copious amounts of hype) for emerging artists, and the site’s aspect of picking “the next big thing” translates well to Spotify. Not only does the app provide an easy way to read Pitchfork’s sometimes long-winded reviews, it makes it easy to find new music that’s already been curated weekly by a staff of music writers. Rolling Stone also has a Spotify app with similar functionality, but it doesn’t update its selections as often as Pitchfork does.

Take a look at our gallery of other awesome Spotify apps below and let us know what your favorites are in the comments.