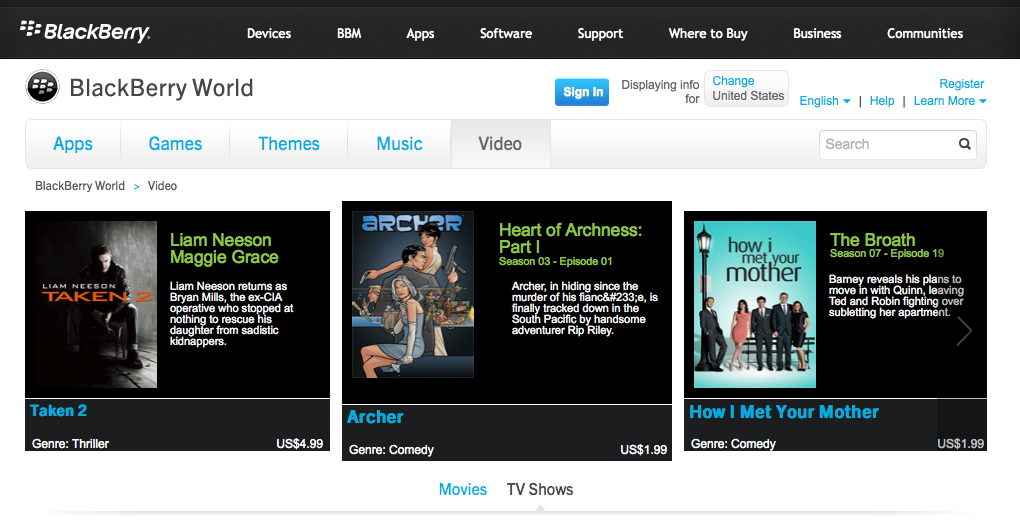 In addition to today’s BlackBerry World event, BlackBerry users are finally getting a chance to buy digital media like those that swear their allegiance to other mobile devices.

The BlackBerry maker formerly known as RIM has added a bunch of music, movies, and television shows to the BlackBerry web store today. The selection pales in comparison to what’s available on iTunes and Amazon Cloud Music stores in terms of music, but that should change over time. The company does have support from all the major entertainment studios, which means you’ll have a decent selection of popular TV shows and movies.

The addition of digital media is a long time coming, and it’s something that BlackBerry needs to catch up with other mobile platforms.

It’s worth noting that the sharing of integrated digital media from the BlackBerry web store is only available for BlackBerry 10 at launch and only in the U.S., U.K., and Canada for now.