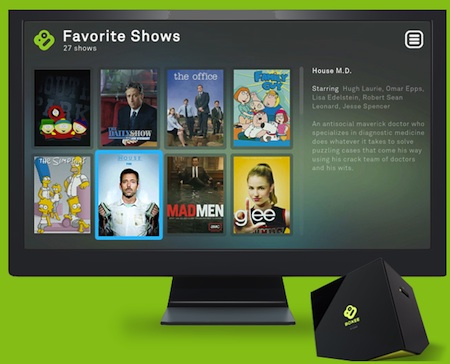 Boxee started out with software that users could download to their computers, then connect those computers to their TVs to watch online video. But the long-term goal was always to make the service available on set-top boxes and other devices for your TV. The company describes the Boxee Box (which is manufactured by D-Link) as “the one box your TV needs” — and now that it supports Netflix, that claim has a little more weight.

A company spokesman said Boxee plans to use the new funding to grow the product development team, to add more content, and to sign up more partners to create Boxee devices. As a measure of how the company has expanded since Boxee last raised money in 2009, the company said it has gone from 12 to 34 employees, and that its software has gone from a super-early alpha test to version 1.0. Boxee now has 1.6 million users overall.

Back after that last round, I wondered if Boxee was a little ahead of its time, and if the demand for Web content on TVs just wasn’t there yet. Founder and chief executive Avner Ronen told me that a generation gap was developing, with younger viewers seeing the Internet as the center of their entertainment. That seems to have been borne out in the last year, with lots of big players jumping on this trend, with the launch of the Google TV and a revamp of the Apple TV.

So how can Boxee avoid getting squashed by the competition? Well, the company’s website lists a number of selling points over Apple TV, including content beyond iTunes, higher-resolution HD, and the ability to play most file formats. Ronen has also said that he sees Google TV as complementary to Boxee.

The funding comes from new investors Pitango and Softbank, as well as existing backers General Catalyst, Spark Capital, and Union Square Ventures. Boxee has now raised a total of $26.5 million in funding.