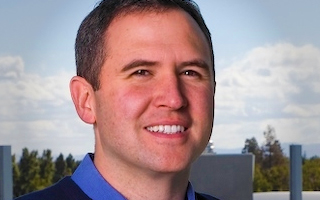 Senior Aol executive Brad Garlinghouse has left the company according to multiple sources.

Garlinghouse was in charge of the Applications and Commerce Group and headed up the company’s Silicon Valley operations from its Palo Alto office.

The news of Garlinghouse’s departure comes admist a slew of high-profile defections among Aol’s media properties.

While employed by Yahoo, Garlinghouse circulated his Peanut Butter Manifesto, a document which did a deep dive into structural problems at the company, and which was published in full by the Wall Street Journal. When Yahoo CEO Carol Bartz was fired in September, Garlinhouse famously tweeted “ding dong the witch is dead.”

Since Aol and The Huffington Post joined forces as part of $315 million cash acquisition that formed the Huffington Post Media Group, the exodus of talent from Aol has been a running theme. The company has had a high turnover rate for journalists in particular, and in March laid off more than 400 full-time writers across its verticals.

Several key members of gadget and technology blog Engadget left in a huff after Arianna Huffington was installed in their boss. They reformed as a new entity, The Verge, while publishing briefly under the site title This Is My Next.