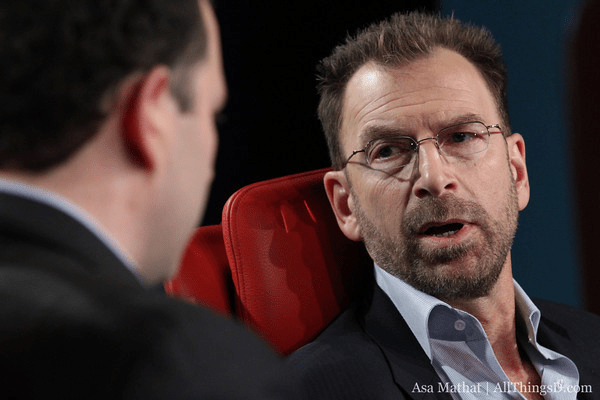 Google Music is an oxymoron and Spotify is a friend to the artist, Warner Music Group chairman Edgar Bronfman, Jr. said Tuesday on his last day on the job.

Bronfman, Jr. expounded obtusely on the reasons why Warner Music Group has yet to sign a deal with Google and talked up the potential of all-you-can-stream music service Spotify in an interview with Peter Kafka at the D: Dive Into Media event in Dana Point, Calif.

In November, Google officially launched Google Music, its free cloud service for listening to music and downloading tracks from the Android Market. The locker and store hybrid offering has the backing of EMI, Universal, and Sony, but not Warner Music Group.

“We don’t have a beef with Google,” Bronfman, Jr. said, dancing around the exact reason why negotiations have yet to come to fruition. Google, he said, has to decide if it wants to be a content platform. Once they make that decision, he added, Warner will do a deal with the company.

“Every deal ultimately comes down to economics,” Bronfman, Jr. said, insinuating that Google’s terms were unfavorable to its artists. Google is unclear in how it wants to deal with the content industry, Bronfman, Jr. said, and that attitude is manifested in the terms of its music deals. The search giant has a conflicted ideology around content that dates back to its origins as a company focused on the value in the organization of content and not the content itself, he added.

In a perfect world, however, Bronfman, Jr. would like to see a deal between Warner Music Group and Google get done.

And while Google may not have the blessing of Warner, Spotify (Warner has a small equity stake in the streaming music company) absolutely does, Bronfman, Jr. made clear today. Spotify, he said, has been an incrementally positive development and is not slowing down the sale of downloads. Instead, Spotify gives individual tracks a much longer shelf life, he argued, saying that Spotify offers artists a real revenue stream. It is ultimately beneficial to the artist, he said.

The exiting chairman also spoke positively of Amazon, even though the company launched its own music locker system without a deal in place with Warner. Amazon, he said, has historically been a friend to the content industry, and he would like to see Warner support Amazon’s music platform in the same way it already supports Apple’s platform.