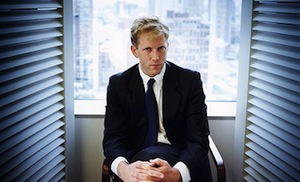 (Disclosure: VentureBeat has a syndication deal with Business Insider, where each site can repost the other’s stories.)

Originally named Silicon Alley Insider (which has become a subsection within the larger Business Insider brand), the site has been around for three years, but has apparently seen a big jump in traffic in the last few months, according to data from both Google’s DoubleClick Ad Planner and Compete. DoubleClick, for example, shows Business Insider reaching 38 million monthly pageviews and 1.9 million unique visitors (overtaking TechCrunch in pageviews, at least).

Business Insider has been pretty shameless about growing those pageviews — there’s original reporting, but it’s usually packaged with a sensationalistic headline and often sliced up into a 10-page slideshow. In a recent BusinessWeek profile, Blodget made no apologies for his approach, saying, “Part of the job of our editors is recognizing that what we’re trying to do is create content that people want to read. … And I’m under personal pressure to build a self-sustaining business. Without that, we disappear.”

As explained in the BusinessWeek story, Blodget is trying to build a second career for himself — he was barred from the securities industry following accusations of fraud. Gawker’s Nick Denton approvingly described Blodget as having “the determination of someone digging themselves out of disgrace.”

“Someday, the money may even allow us to hire a copy editor,” he said.