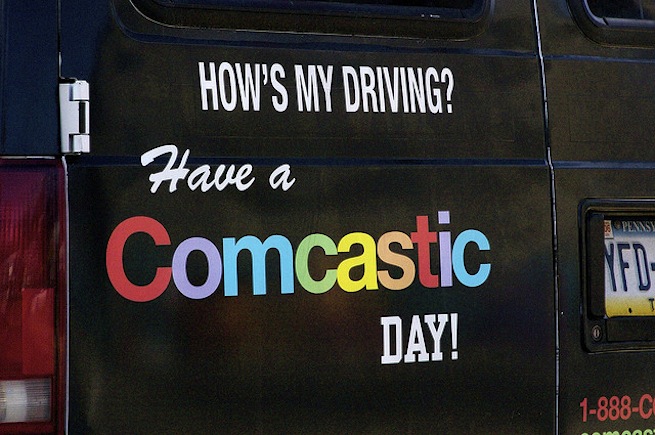 Previously, Comcast limited its residential Internet service subscribers to a 250GB data cap per month, meaning a person could use only 250GB of data before getting penalized through throttling or accruing additional charges. But critics questioned the justification of this data threshold last month and accused the cable giant of disregarding Net Neutrality with its recently launched Xfinity TV Xbox Live app.

In Comcast’s defense, the majority of internet subscribers won’t come anywhere close to reaching the 250GB data cap. And Comcast has previously said that the data caps are there to prevent abuse from a small handful of subscribers who degrade the experience of other customers due to their excessive data usage. But since data is not a utility in the same way that water and electricity are, most people rejected this notion.

“As the market and technology have evolved, we’ve decided to change our approach and replace our static 250GB usage threshold with more flexible data usage management approaches that benefit consumers and support innovation,” Comcast wrote in the post.

Over the next few months, the cable giant said, it’ll be testing at least two new approaches to data capping in different markets (a.k.a. cities). In doing so, it’ll provide details about the trials and their intended effectiveness.

The first approach will start with a data cap of 300GB per month for subscribers of its Internet Essentials, Economy, and Performance Internet service tiers (listed in order of speed performance). That’s 50GB more than the current data cap for the three lower-end tiers of service. Comcast’s two higher-speed Internet service tiers — Blast and Extreme — would have a higher data cap, although the exact threshold isn’t stated. Anyone who exceeds these data caps has the option of purchasing an additional allotment of data. Comcast uses the example of “50GB for $10,” but it’s unclear from the post if this would be the official pricing.

The second approach is similar to the first. Subscribers of all Internet service tiers would have a raised data cap of 300GB per month, as well as the option to purchase an additional allotment of data.

Comcast said it’ll suspend enforcement of its current data capping policy in all non-test markets, while noting that the company will still contact a small number of customers with overly excessive data usage.

While the larger data limits are an incremental improvement for consumers, plenty of critics (and competitors) will likely continue pressing the Federal Communications Commission to force ISPs to justify imposing a data threshold on customers.

“Increasing the data cap is a small step in the right direction, but unfortunately Comcast continues to treat its own Internet-delivered video different under the cap than other Internet-delivered video,” a Netflix spokesperson told StopTheCap. “We continue to stand by the principle that ISPs should treat all providers of video services equally.”

We’re reaching out to Comcast for more specific details of its new data threshold testing and will update the post with any new information.