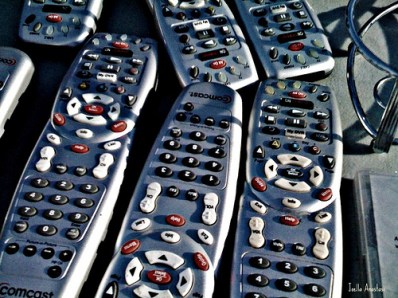 The service utilizes a next-generation set-top box that can deliver web video alongside traditional TV programming and digital video recorder (DVR) functionality, sources tell the Wall Street Journal. It’s currently in limited testing in Augusta, GA and is known to participants as “Spectrum” (internally, Comcast is calling it “Xcalibur”).

Whatever it ends up being called, the service is an attempt by Comcast to fight off other companies that pose a threat to its cable hegemony with products like Google TV, Roku’s set-top boxes and Apple TV. The service won’t allow Comcast customers to browse the web freely, and it’s still unclear what sort of web content they’ll have access to. Comcast still hasn’t decided if it will launch the service officially, or what sort of pricing model it would pursue.

Over the past two quarters, cable subscriptions fell for the first time since the technology was introduced, falling by about 335,000 households from 100 million, the WSJ reports based on data from the research company SNL Kagan. Cable companies believe those users are mostly opting for free over-the-air programming instead of moving entirely to online video (I ended up doing the same thing when I dumped cable years ago).

Comcast, the largest paid TV provider in the US, lost around 275,000 subscribers (out of around 23 million) in the third quarter of this year. The new service has been in the works for over a year, the WSJ reports, and is being spearheaded by Sam Schwartz, a senior executive who previously ran the company’s investing arm, Comcast Interactive Capital.

With the service, we can also expect a more modern user interface from Comcast. The WSJ writes: “A menu displays a strip of images representing recently watched channels and programs, which expand when selected. A redesigned ‘guide’ displays a cleaner grid of programs by network and airtime so that it’s possible to watch TV on part of the screen while browsing.”

Comcast recently launched its Xfinity services to symbolize its move to an all digital network. With Xfinity, Comcast users can get access to cable TV content on their computers, and it will eventually make its way to the iPad and other tablets.

It sounds like Comcast specifically has Google TV in its sights, as it also offers similar integration between web and TV content. But given that Comcast’s business is entirely centered around making its users pay for TV content, whereas Google is less concerned about the survival of paid TV plans (it just wants a new platform for ads), it doesn’t seem like Comcast will ever wholeheartedly support web content.