Comcast Cable is gearing up to push viewers to its wide variety of on-demand and live programming for the upcoming Winter Olympics. It’s going to be a combination of traditional and digital TV.

Comcast has been working on the features since the last Olympics games, and about 18 months ago it started building tech for 4K HDR for PyeongChang in South Korea. The 2018 Winter Games start on February 9 and run through February 25, and they will be broadcast by Comcast’s sister company NBC Sports. 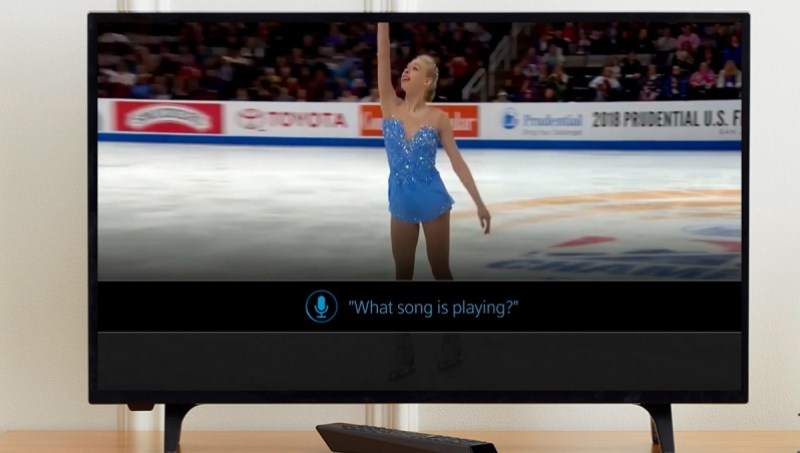 Above: You can use Comcast voice controls to ask questions about athletes, such as what song is playing during a skater’s performance.

“It’s going to be the same Olympics experience,” said Chris Satchell, executive vice president and chief product officer at Comcast Cable, in an interview. “We had to build out infrastructure work on 4K to get it in place for PyeongChang. We use the games as a rallying point to bring in viewing innovations.”

Comcast will have a home page where you can decide to follow a particular sport. 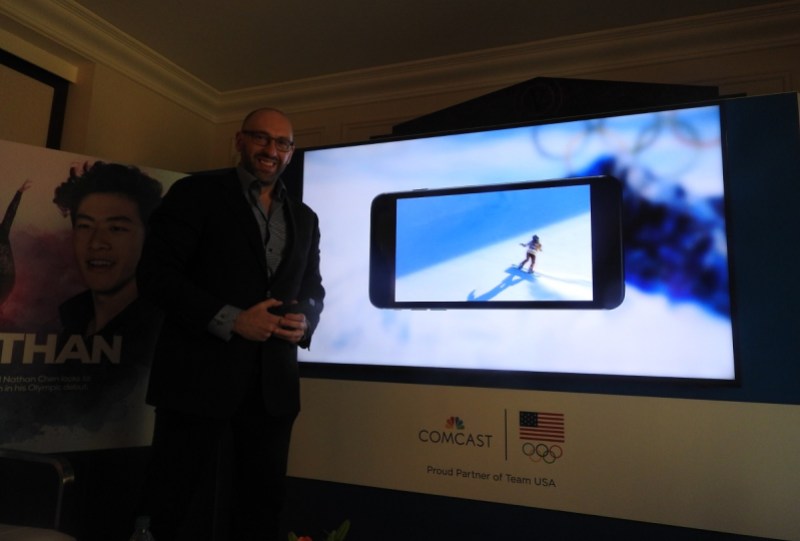 I interviewed Satchell during CES 2018. (I used to interview Satchell about XNA tools for game developers at Microsoft Xbox). He showed me a preview of the tech behind NBCUniversal’s programming, which will deliver 2,400 hours of live, on-demand, and online streaming coverage across 102 events. It will be encoded in 4K at 20 megabits a second.

“It’s hard to find everything you want, so we make it easier for you to follow what you want. I get lost during the Olympics, and so we will update our pages with dynamic data and find out about the games from a home page,” Satchell said. “We’ll update it every day with dynamic data and information from our editorial teams too.” 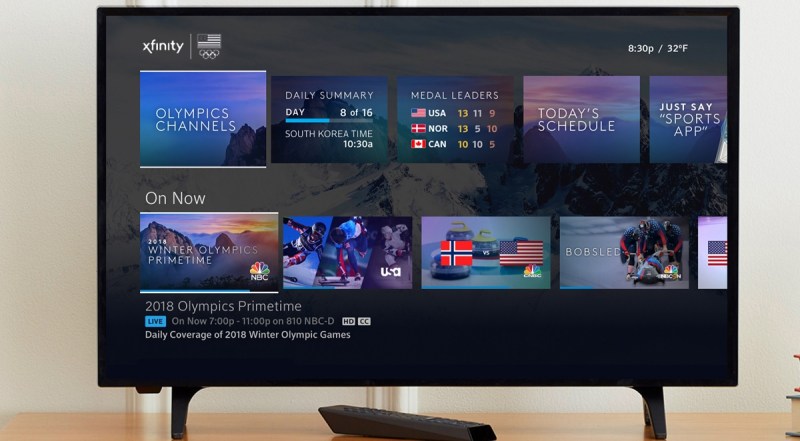 Above: Comcast Cable has a bunch of screens for the Winter Olympics.

The 60 percent of Comcast’s 22 million subscribers with Xfinity X1 set-top boxes will get access to 50 custom “virtual” channels that are like a video Pandora or continuously rotating YouTube channels — collections of related videos where you can watch one stream after another. The clips are aggregated by humans through editorial curating.

The company already gets about a billion hits a month on its home screen for its cable guide, and it also receives about half a billion voice commands a month from its TV viewers.

In the future, Satchell said the company will try to integrate artificial intelligence via voice commands. You’ll be able to ask Xfinity to create a custom channel for you based on your own specific interests, he said. 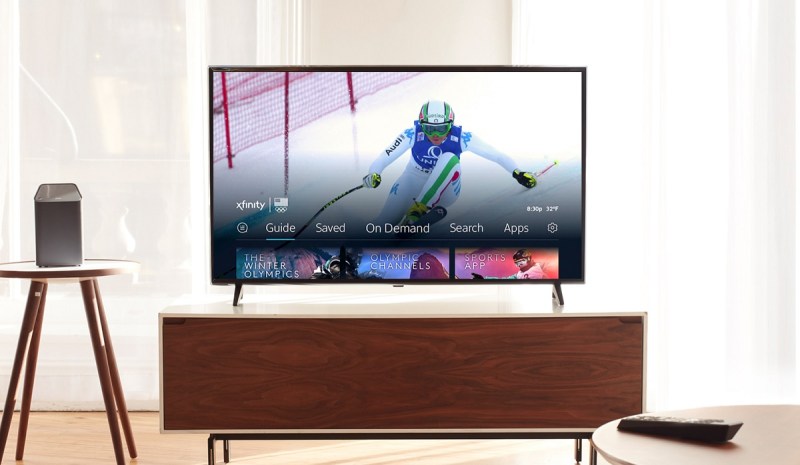 Above: Comcast will provide on-demand coverage of any Winter Olympics sport.

Fans can also get 4K HDR visuals with Dolby Atmos sound, the X1 Sports App, a real-time medal count page, voice control for easy Olympics searches, and anytime access to all the Olympics events that are being filmed for TV or the streaming channels.

For example, you can say, “USA men’s hockey” to surface a bunch of visual tiles that represent the search results.

The mobile app will have pages with lots of stats and lists of the next shows coming on TV. 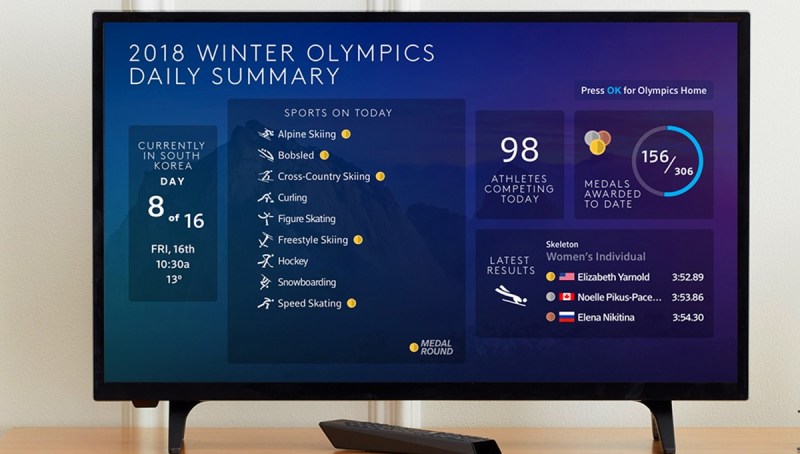 Above: Comcast will offer daily summaries for the Winter Olympics.

If you want to see a medal count, you’ll be able to go to a page that shows it all at a glance. You’ll be able to see editorially curated content, such as the biggest upsets, best falls, best web videos, must-see coverage, athlete profiles, top moments, and other visual news.

“If you are following an athlete, you can see everything they are doing, from web clips to videos,” Satchell said.