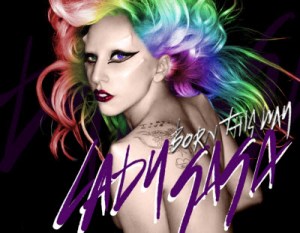 For the first time in history, digital music sales were higher than traditional physical sales in the U.S., according a Nielsen and Billboard report released today.

It may seems odd that it would take this long for digital music to take the leadership spot, since digital music has been on the rise among consumers for the better part of a decade. However, it’s taken the major music labels about as much time to make sense of the digital music business model rather than cling to CDs. And even now, digital sales are just barely ahead.

According to the report, digital purchases made up 50.3 percent of all music sales in 2011 — up 8.4 percent compared to last year. Meanwhile, physical sales music albums totaled 228 million in 2011, a decline of five percent compared to 2010. As for music artists, Adele’s 21 was the highest selling album in both digital and physical sales, while her single “Rolling in the Deep” took the top spot for bestselling digital song with 5.8 million purchases.

When it comes to streaming, Lady Gaga is the undisputed champion. The report names her 2011’s most streamed artist. Yet, Nicki Minaj’s “Super Bass” was the most streamed song of the year, with 84.9 million audio plays and over 71 million video streams.

Some other figures from the report worth noting (especially the last bullet point):