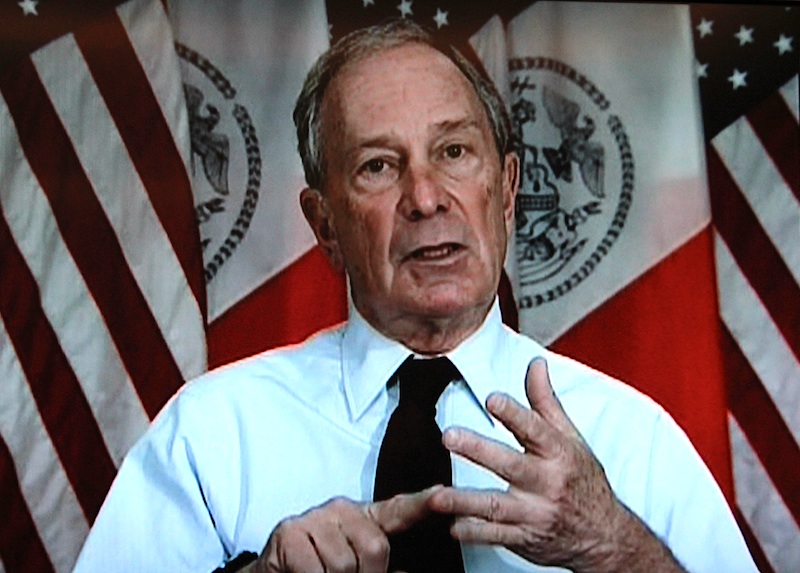 New York mayor Michael Bloomberg, who made billions of dollars as the founder of the disruptive digital news and data service that bears his name, prefers to get his news the old-fashioned way: On dead trees.

Bloomberg reads no less than eight newspapers in print form every day, he said today. While he does have a tablet and he does read news online, he doesn’t rely on them for his news.

“I have not gone to read everything on the internet. I still read eight newspapers a day,” Bloomberg said today. He appeared via a live video feed at All Things Digital, a tech conference in Rancho Palos Verdes, Calif.

He’s a fan of the broadsheet because of the way that it lets him scan a page to take in multiple stories at a glance.

“I always thought the broadsheet presentation has real value,” Bloomberg said. And, while internet news sources promise to deliver only the news you want to read, Bloomberg doesn’t like that proposition, either.

“The fallacy with that is I don’t know what I want to read. I want someone to tell me what to read,” Bloomberg said, referring to the editors who make decisions every day about what to include on the newspaper’s front page.

He also prefers print for his magazines, after trying to read them on his iPad for awhile.

“What I found was I was 4 and 5 weeks behind when it was on my tablet,” Bloomberg said. “On the other hand, if it’s piled up beside my bed, the tyranny of that pile has forced me (to read).”

In other respects, Bloomberg is a technology advocate, which is not surprising for a man who saw, early on, the value of financial data delivered via a reliable computer network.

“The opportunities to use technology in government are as great as they are in the private sector,” Bloomberg said. However, the approach is different, he said. The nature of innovation and technology projects is that you don’t always know exactly how things are going to turn out ahead of time. Business managers understand this, but in government, he said, “people are second-guessing you on everything.”

As a result, government technology projects are constrained by a greater amount of pre-planning and accountability.

“That makes innovation, not impossible, but difficult,” Bloomberg said.