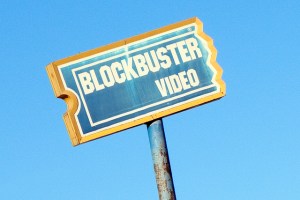 Finding a Blockbuster near you will become even harder in the near future. Dish Network Corp, which purchased the video-rental retail chain last year, made a statement Thursday saying more of the retail stores would be closing down in the U.S. than originally planned.

Dish, which immediately closed 10 percent of all Blockbuster video-rental stores but kept 90 percent of its employees, confirmed Thursday that unprofitable stores would be shuttered.

“We are committed to keeping the profitable stores open that are generating positive cash flow, but there are ones that aren’t going to make it,” Dish Network Chief Executive Joe Clayton told Reuters.

When Dish purchased the crumbling company in a bankruptcy auction last year for $320 million, one of its many goals was to offer a la carte cable —a  service that would allow subscribers to stream cable channels directly to their computer. With the on-sight of less than profitable stores across the country, Clayton confirmed that those stores that stayed open will begin selling Dish subscriptions and possibly offer customer support in the future.

“If a consumer has a problem, just bring your box in and we’ll give you a new one so you don’t have to stay at home and wait for an installation,” he said to Reuters.

How many stores the company plans to close has not been released, although spokesman Marc Lumpkin confirmed that decisions will be made on a “case by case” basis.