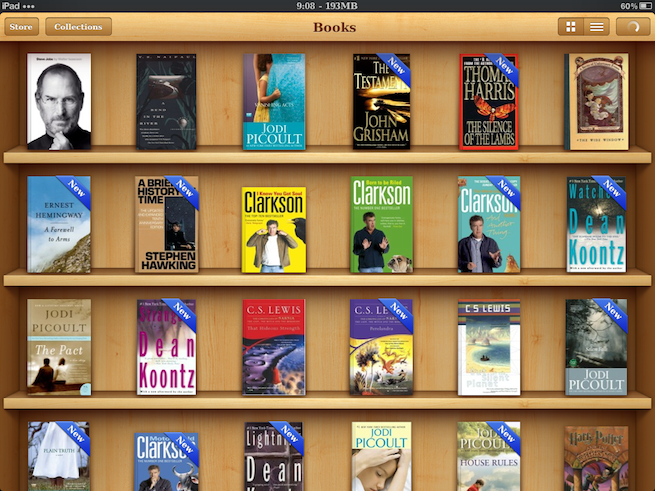 The U.S. Department of Justice has officially filed an antitrust lawsuit against Apple and a handful of major book publishers, including Hachette, HarperCollins, Macmillan and Penguin.

The DOJ is charging the companies for anti-competitive practices regarding the pricing and sales of e-books, as VentureBeat previously reported. Last year Apple switched its prices structure with publishers to an “agency model,” which allowed those publishers to set their own prices on e-books while giving Apple a standard cut of the revenue.

The portion of the deal in question states that e-books sold through the iTunes store cannot be sold at a lower price anywhere else on the Internet. That’s pretty good move for Apple, because it means that e-books listed in iTunes cannot be undersold. However, it also creates higher prices for consumers and stifles competition.

The DOJ is said to have reached an accord with Simon & Schuster, Hachette, and HarperCollins to settle allegations that they conspired with Apple Inc. to set prices of digital books, according to a Bloomberg report that cites unnamed people familiar with the matter.

The Justice Department has been investigating the matter since last year. Last month, the DOJ warned all the companies involved that an antitrust suit would happen if things didn’t change.

The outcome of the DOJ lawsuit could mean cheaper prices on e-books for consumers from the publishers involved. It could also mean lower revenues for publishers as well as book authors.