How to Train Your Dragon 2 is a visual delight that has entertained millions of moviegoers this summer.

Animated movies take a lot of computer know-how, but they have brought in more than $11.5 billion in revenues for DreamWorks Animation since its inception.

And How to Train Your Dragon 2 has generated more than $384 million in box office revenues so far this summer. That’s a good return so far on a film that was built on a $147 million budget (without cost overruns).

The marriage of technology and art at the Silicon Valley campus of DreamWorks Animation is what makes computer-animated movies possible. We took a tour of the Redwood City, California-based company to unmask the process behind the making of the movie.

“There are no limits on what we can do now,” said Dean DeBlois, director of the film, said in an interview. “Having so many dragons and an army of thousands of soldiers is something we couldn’t have done before. The software is extremely powerful and it allows our artists to express themselves.”

During the making of the film, DreamWorks built a software platform dubbed Apollo. It also created an artist’s animation software program called Premo, made so that artists could get back to drawing their characters and landscapes with pens and touch-sensitive computer displays. Those tools transformed the way that animators worked from a process of tweaking spreadsheets to something that resembles the old-fashioned way of drawing images with pencil and paper.

“Moore’s Law [the doubling of computing transistors every 24 months] has been a key transformer of every business and every product, including ours,” said Wallen. “That’s why we have Intel as a substantial partner in all of this.”

Such alliances are aimed not only at making the best film possible, but doing it in a cost-effective way.

Above: How to Train Your Dragon 2 features detailed characters.

“Our business is telling stories, but we are focused on visual stories,” said Katie Swanborg, director of technology communications and strategic alliances at DreamWorks Animation, in an interview.

The numbers behind the effort are impressive, both in human capital and computer resources. It took about 495 artists to make the movie. Dean DeBlois, director and screenwriter, worked on several scripts and went through about two years of prototyping the film on comic-like storyboards. The storyboards are the first part of a dozen steps that have to happen before a film makes it to thousands of theaters.

To visualize Dragon 2, the team created more than 100,000 storyboards for the 90-minute film. It took about 18 months to two years to craft the film, with a lot of back-and-forth to get the look of every frame just right.

The animators then created more than 500 million digital files. It took a fleet of cloud computers in data centers more than 90 million render hours to render the 129,600 frames in the final film. If one computer had worked on the rendering task, it would have taken 10,273 years to complete. But DreamWorks had so much computing power on hand that it could render those frames inside of a week or so for the last cut.

The data is stored across 398 terabytes, or equivalent to the storage of 25,742 smartphones with 16GB of flash memory each. Each tree in the movie takes about four to six weeks to model, with 4,000 to 6,000 control points in the 3D animation. 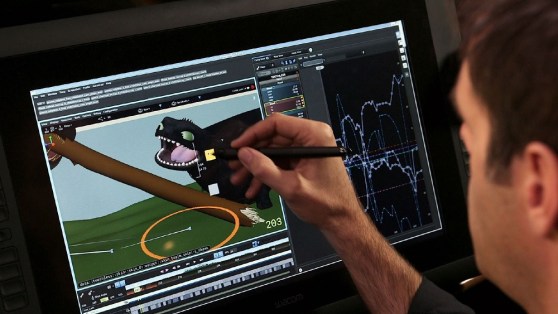 Before a film gets to the theaters, it is really just a collection of digital files. Each one of the 129,600 frames goes through a dozen compute-intensive animation processes before it is finally finished. So a single frame may be associated with thousands of assets, said Stephen Bailey, CG supervisor at DreamWorks Animation.

Dragon 2 is just one of 10 films that DreamWorks Animation has in the works at any given time. That means it has to have the computing infrastructure for 5 billion digital files.

It has its own data centers, but it also taps Hewlett-Packard and other providers of public cloud technology for extra computing power. To do that, it has built a Linux-based server infrastructure.

It may sound like DreamWorks is throwing every ounce of computing power it can afford at moviemaking. But it’s also working smarter than it has in the past by building tools like Premo and a video capture studio where the director can visualize a scene before the animators draw it.

“Our audience has become very critical of cinematography even if they don’t know it,” Swanborg said. “It’s a very personal choice, with the director making a decision about how we’re going to see the world of the film. It influences how we subconsciously feel at any given moment. That’s why we are doing cinematography in a far more intuitive and interactive way.”

Storytellers and computer animators don’t always get along. For example, Pixar’s film executives told a story last year about how they changed the gender of the villain in Monsters University from male to female, late in the process. That caused the animators to have to go back and re-animate a lot of scenes throughout the film. 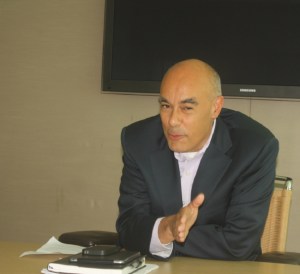 DeBlois said that he had a chance to rewrite the script several times during the concept stage, so he didn’t have a last-minute problem Pixar did. But he did realize how important it was to get the voice acting, the script, the story, and the cinematography in place before the artists went to the work of setting it in stone.

For tech people like DreamWorks’ Swanborg, it’s been a long march to produce technology that can properly support the vision of the creators. She has been at the studio more than 17 years and was production manager on the first Shrek film, which debuted in 2001.

Pacific Data Images, the predecessor of DreamWorks Animation, was started in 1994, the year that Netscape went public and the internet itself started taking off.

“We have reinvented the technology animation platform here at DreamWorks Animation, and that means a lot to our business,” Swanborg said. “The creative process can’t exist if we don’t have a viable enterprise and business that sits on top of it.”

Wallen said that the team decided to build its Apollo software suite on top of the company’s cloud technology, and to use it in the making of Dragon 2.

The Premo animation software was meant to replace DreamWorks’ aging Emo software, which dated from the 1980s, and to enable artists to think of an idea and to immediately draw it on a computer.

All of the digital files created with Premo are fed into the Apollo production system. Shaders and lighting specialists like Stephen Bailey, a CG supervisor, can check out a file. They use a program called Torch to apply the final shading and lighting to the files, making them more realistic.

Four lighting artists are so productive that they can deliver 90 shots in four weeks. That’s far more than in the past.

“I can view all of those assets at once, wherever they are stored, if I wish,” Bailey said. 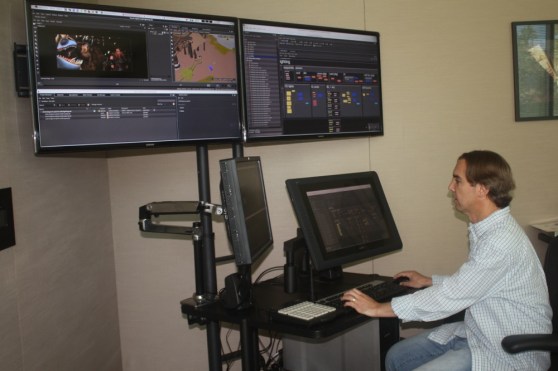 Above: Stephen Bailey of DreamWorks Animation.

The creation of Apollo coincided with the larger technology trend of cloud computing in data centers and scalable multicore processors on client computers.

Still, it took a lot of custom work between DreamWorks Animation, Intel, and Hewlett-Packard to build the necessary software and hardware.

The tools allow creators to refine their creations like craftsmen do, changing the images through trial-and-error until they look just right. Technology has made that happen so that the turnaround time between when an artist creates something and the director approves it is much shorter.

Once the storyboards are done, they are handed over to the production animators, who use Premo and other tools to put the concepts into moving animations. The same animated scenes get more and more detailed the further into the process they go.

“We start with crude dragons, stage a fight scene, and then figure out exactly what will pass in front of the camera during that fight,” said Jason Schleifer, character animator. “When we are finished, we sit with the director to see if it really does work.”

The tech is perfect for characters who are caricatures of real people.

But DeBlois looks forward to the day when animators can capture every nuance of human faces and human expression.

“We’re not there yet,” he said. “With Dragon, you forget you are watching a cartoon. We want it to feel whimsical.”

Still, he’s confident that lifelike realism is around the corner.

“If the task ahead of us is creating a computer-generated character that blends into a real environment, the tech is getting there.” 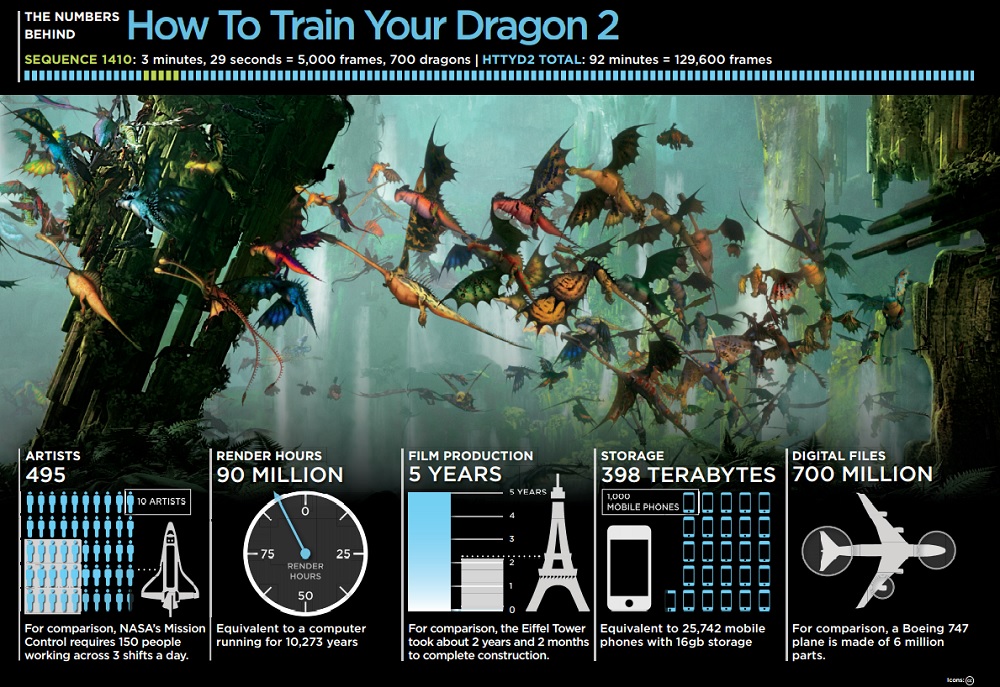 Above: The numbers on How to Train Your Dragon 2.