Before it could make this summer’s blockbuster movie How to Train Your Dragon 2, DreamWorks had to build a whole new animation tool. Here’s the story of how the studio built software that lets animators work faster and more organically than ever before.

In the past, animation artists had to go through hell to create computer-animated movies. They would have to scan an image into a computer, then “draw” the animation by typing numbers into a keyboard. With a giant spreadsheet, they could change the way a smile looked or how a shadow fell across a face.

The technology was dubbed Emo, developed in the 1980s by predecessor firm Pacific Data Images. It was used to make movies like Shrek and Finding Nemo. But it wasn’t exactly a “natural” way to draw animations. 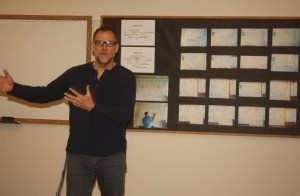 But about five years ago, just in time for the beginning of production for How to Train Your Dragon 2, the tech team at DreamWorks Animation started creating a new tool called Premo.

The vision for this animation tool was to give artists a real-time tool that would allow them to draw with their hands on a computer screen and see the changes in the final image in real-time. Now, they can work as fast as they think. The technology is a great example of how computers continue to change the way we work.

Premo was built on the foundation of Apollo, the animation company’s software infrastructure for creating computer-generated movies. And it was created in-house by a team that included both the artists themselves and tech experts from Intel, said Rex Grignon, a character animator, in a press interview at DreamWorks Animation’s campus in Redwood City, Calif. The technologists started by giving the artists a blank slate to dream up a process for creating art that was truly intuitive.

“We knew we were going to start from scratch, so there were no more handcuffs on what was the legacy,” said Katie Swanborg, director of technology communications and strategic alliances at DreamWorks Animation. “We had confidence that Intel would deliver the computing power that they said they would. So we could say to the artists, ‘We’re not going to say no.'”

Without those constraints, the artists came up with their wish lists. 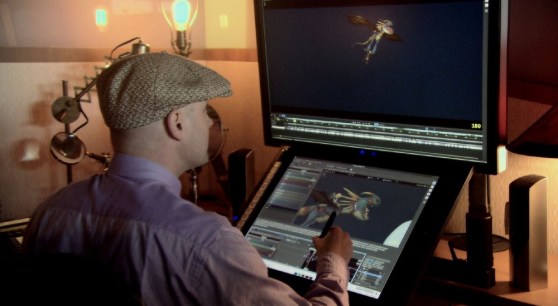 Above: An animator using the DreamWorks Animation Premo tool.

“We sat down and came up with words like ‘fluid,’ ‘immersive,’ ‘intuitive,’ and ‘creative,'” Grignon said. 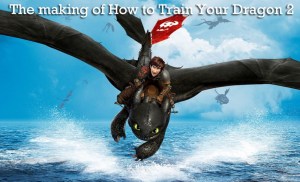 Above: The Making of How to Train Your Dragon

Lincoln Wallen, chief technology officer at DreamWorks Animation, said that the company had built cloud infrastructure in its data centers to render films. But with new multicore processors, each client computer at every artist’s desk could also provider a big leap forward in computing power.

“We could get a large number of threads running on a machine that we could spread anywhere we’d like, across the data center or on the local client,” Wallen said. “We didn’t have to worry about what was possible anymore. What changes over time is how much of that compute power sits under the desk or in the data center. That unlocked their creativity and allowed us to leapfrog beyond incremental improvements.”

The discussions for Premo started about the same time that the story creators and concept artists were creating storyboards, or comic book like frame-by-frame drawings, for the film. 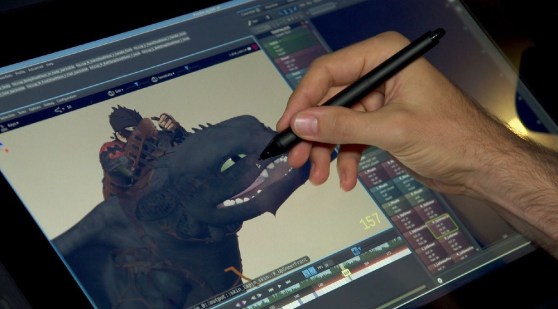 Before, the artists had a tool that was like Adobe’s Photoshop, only it took a long time to render an image. There were lots of clicks and keyboard entries that the artist had to make in order to make just one idea appear on the screen.

With Premo, the team wanted to a tool that could render that image as soon as the artist had the idea.

“Before it showed up on the screen, there were a whole bunch of things the artist had to do,” Grignon said. “Why can’t we just have an idea and touch the screen and get it? That was our main guiding principle. It lets you stay focused on the creative task at hand. You don’t get distracted and lose that immersion.”

Each different team of artists had a chance to investigate their options and report what they wanted. The expertise included people from 2D animation, stop-motion, video games, and 3D animation. About 65 artists contributed ideas for Premo.

Grignon took that feedback and sat down with the tech leads to integrate them into a single software program. They came up with something they called “paper prototyping.” That helped them come up with the basic framework for the software design. The process was not unlike creating a movie, with pitches, storyboards, and execution.

“We thought we went into a partnership with a collection of artists and animators and storytellers,” said Peter Baker, a vice president of software and services at Intel, in an interview. “They’re actually quite a technology company as well. They’re so enthusiastic about the technology and how to use it to convey those stories, those emotional things that people can see, that jump off the screen. We have that shared enthusiasm for technology and bringing stories to life.” 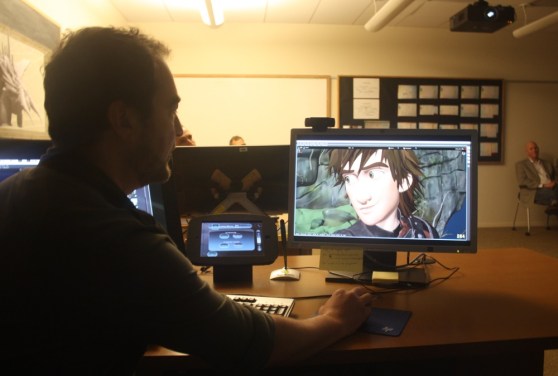 DreamWorks Animation provided the animators with pressure-sensitive screens from Wacom. With their pens, they can interact directly with the computer-animated character. In the past, it would take half an hour before a screen could be rendered. Sometimes it would take even more time than that, depending on the complexity of the screen.

The result, with Premo, was a tool that cut down on eye movement, arm strain, eye strain, and time. It used to take weeks to train artists. Now the artists can learn how to use Premo in a couple of hours.

The artists used Premo to do a lot of iteration. Jason Schleifer, character animator, said that the artists create moving characters in a rough format at first, so they can figure out the way that a dragon’s spine might bend as it twists in mid-flight. Then they slowly add more detail and apply all of the visual effects that make it more realistic.

DreamWorks was willing a lot of computing power and software design at the problem so that the artists could “fly” through the production process, Swanborg said.

“At that point, we want inspiration to show up on screen,” Swanborg said. “That’s when they are in the moment of storytelling.”

The team was so proud of Premo and its intuitiveness that they let the press sit down at workstations during a recent visit. Fredrik Nilsson, workflow director for animation/crowds, showed me how to use the tool in a matter of minutes.

I used Premo with a touchscreen-sensitive pen. The display could show me any given frame from the movie. I could make a change to the main character Hiccup’s face, clicking on him. Then I could use the pen to pull his face downward, turning his smile into a frown. I could then tell the computer how long he would hold that pose before he would start smiling again. Then I played the frames and watched it all happen in real-time. It was easy and intuitive. 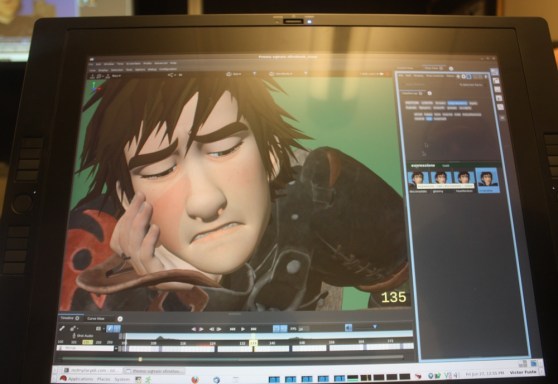 Above: DreamWorks Animation’s Premo tool can turn a smile into a frown instantly.

Jason Schleifer, character animator, said that if you really want to get to the spreadsheet underneath Premo’s user interface, you can do so. Once in a while, that’s necessary. But it’s not something that the artists have to do all that much.

Because of the smoothness of Premo, the artists can do more. They can, for instance, throw a lot more creatures onto the screen at one time. In one scene, there are hundreds of dragons fighting against thousands of soldiers. That kind of scene wouldn’t have been possible without Premo. They can also delve deep into the thousands of control points in a character and scuplt them to bring out the emotion in the character.

DreamWorks can get by with fewer artists now to make a movie, or it can simply choose to be more ambitious with its movies. Overall, more than 495 artists worked on the movie. By comparison, about 150 people work at NASA’s Mission Control center across three shifts a day.

Wallen said that DreamWorks Animation can use the Premo technology for years to come, even as it changes the underlying hardware to make it run faster and smoother. 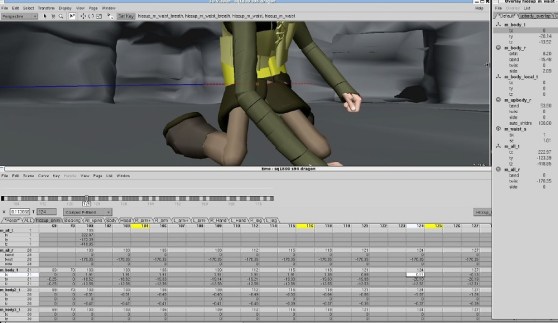 Above: DreamWorks Animation’s Premo hides the spreadsheets in art creation.

Here’s a video of me using Premo at DreamWorks Animation in Redwood City.