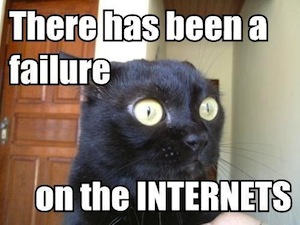 Dropbox founder and chief executive Drew Houston offered some details this afternoon about how he grew the company to more than 4 million users. In its early days, the document synchronization startup did all the things that startups are “supposed” to do, like buying ads on Google’s search results through AdWords and hiring a public relations firm.

Houston said the results were “horrific”.

Before launching, the company already made a splash with a demo video that became insanely popular on social news aggregator Digg, and it also found early users through Y Combinator (where Dropbox was incubated) and by launching at the TechCrunch50 conference. However, when the company tried to continue that growth through traditional methods, it found that it was paying something like $400 to acquire each new user, which was far more than customers paid for the service.

What went wrong? Houston said the problem, particularly with search advertising, was that no one was actually searching for a document syncing product. That’s the danger with trying to solve a problem that may be real, but that people don’t realize they have yet.

“All the AdWords in the world are not going to save you if no one’s looking for what you’re making,” Houston said. Instead, what worked for Dropbox was “making our users really really happy, and then giving them good tools to spread the word.”

(It seems worth mentioning that a startup called Zuberance offers tools for convincing customers to tell their online friends about products and brands they like, and it just announced new funding yesterday.)

Dropbox is backed by Accel Partners and Sequoia Capital — Houston was speaking at the Stanford Accel Symposium today.