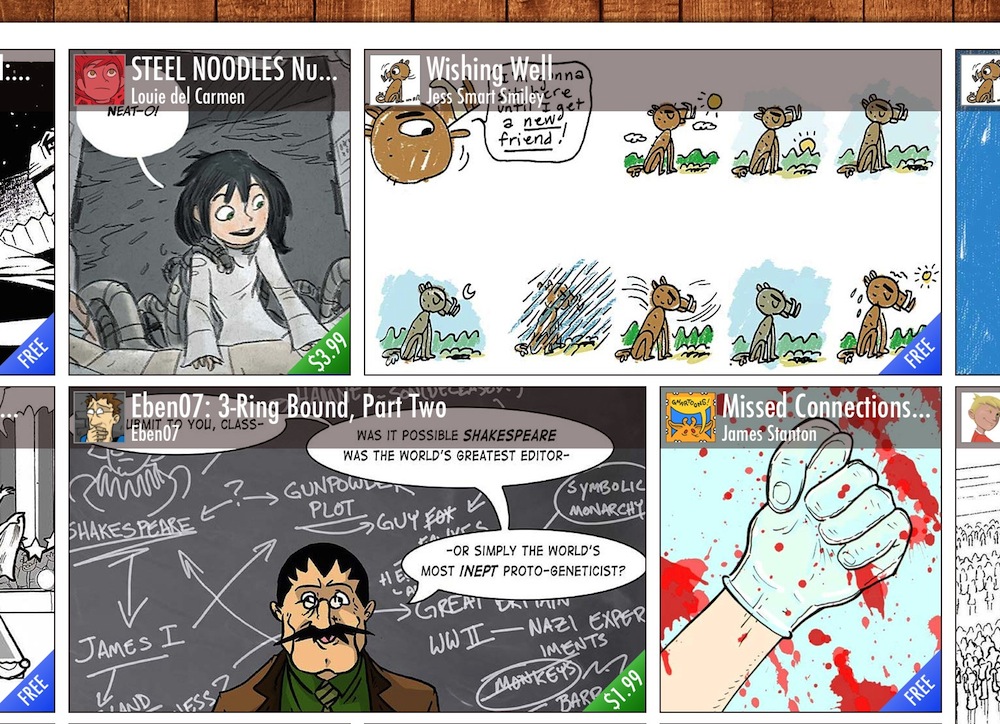 With New York Comic-Con in full swing this weekend, undoubtedly lots of comic book fans are anxious to show off their own self-published work. But they have only a few digital publishing options in which to do so.

However, digital comic book reader Emanata yesterday rolled out a new store within its iPad app, which allows independent creators to sell their work. The move comes just as digital comics industry leader ComiXology announced its own plans to begin selling self-published work in its store.

Emanata started out as an iPad publishing platform from Churn Labs, created by two former AdMob employees, George Chen and Ehren Kret. The app’s first step was to build a solid application for reading visual storytelling, and the second was to provide a solution to the large number of independent and aspiring comic book creators who were limited to selling a small number of printed comics at local shops and conventions.

“We wanted to create something we would use ourselves,” Chen told VentureBeat. “In this case, we want Emanata to bring us all sort of unexpected new artists, and comics everyday.”

As for the app itself, it’s a free application that requires users to sign up for an account in order to make purchases. The store, which is the first thing you see after launching the app, is set up like a continuous horizontal comic book page. Each panel represents a different book, with the title appearing on top and the price in the lower right-hand corner. It’s difficult to distinguish any kind of order, and the concept of letting the cover sell the issue is completely lost.

Clicking on one of the panels in the store brings up the first three pages of the comic. When trying to scroll to the fourth page, a notification pops up with the pricing. The reader is also very smooth, but it lacks a ComiXology Guided View-like optimization that zooms in on each panel separately. But this wasn’t an issue for the comics I sampled because the panels were all pretty large.

Emanata’s strategy for profitability is different from ComiXology, which focuses on mainstream comics with a side of quality-screened, self-published work. Essentially, the two digital comics stores should be able to co-exist, assuming creators make the effort to put their work on Emanata, and comic fans then buy that work.