Just moments after Carolina Panthers’ Cam Newton was sacked in the second half of Super Bowl 50, a short video clip of famed quarterback Dan Marino rushed and blitzed across social media: “You’re blowin’ it bro,” Marino said in the repeating loop, as if chiding Newton.

The few-second video was snipped from Amazon’s #BaldwinBowl advertisement, which was broadcast to more than 100 million people to start the second half of the game. Since airing on February 7, 2016, the ad has also been viewed more than 18 million times on YouTube. The hilarious commercial features actor Alec Baldwin, rapper Missy Elliot, actor Jason Schwartzman, and, of course, Marino.  The ad’s success shows how far Amazon has come since its days as an e-tailer competing with the likes of Walmart. And it further signals the company’s commitment to building emotional connections with its more than 240 million active customers in order to better compete with Apple and Google.

Speaking today at VentureBeat’s Marketing.FWD event in New York, Amazon’s Andy Donkin, head of worldwide brand and mass marketing, traced his company’s evolution from selling books to becoming the behemoth it is today: seller of nearly everything, provider of cloud services, streamer of music, films, and tv, and creator of original programming. Plus, with the introduction of Amazon Echo and Alexa, it’s now getting into home automation and intelligent assistant games.

Like any Super Bowl commercial, BaldwinBowl involved months of preparation and planning, but because it’s from Amazon, the execution before, during, and after Game Day was carefully scripted. “We really had to think of it from a campaign standpoint and not from an ad [standpoint],” Donkin said.

Amazon began connecting with audiences by releasing a 30-second teaser on January 27, which showed Baldwin and Marino planning a Super Bowl party. Aside from producing the teaser, Donkin and his team wrestled to come up with the right hashtag. The two finalists: #AskAlexa and #BaldwinBowl. The former represented the Amazon of a few years ago, and the latter is more in line with how the company and its marketing have evolved. “A functional hashtag immediately creates skepticism [from consumers],” said Donkin.

Then, during the Super Bowl game, Donkin tapped a war room of about 20 carefully assembled people to interact in real time with customers across social media channels like Twitter, Snapchat, YouTube, and Vine. In addition to Marino’s “You’re blowin’ it, bro,” the team also used a Missy Elliot clip about releasing Pep Rally to comment on half-time performer Beyoncé’s surprise release of Formation a day earlier.

Following the game, Amazon released additional #BaldwinBowl videos, including an amusing bloopers reel and a 30-second spot depicting Baldwin and Schwartzman the morning after the big party. Baldwin is in bed, hungover, Schwartzman is at a police station. “These ads, pre-Super Bowl and post, was a narrative you could follow,” said Donkin. “Very playful, very fun, and trying to drive this idea that Amazon is more than just Echo — it’s an ecosystem.” 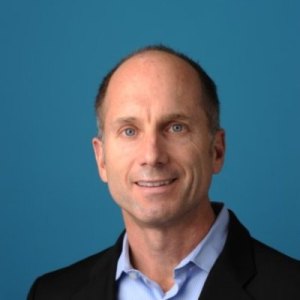 Above: Andy Donkin, Head of Worldwide Brand and Mass Marketing at Amazon

While marketers often talk of customer acquisition, engagement, and retention, Donkin prefers to focus on activities at the top of funnel, where Amazon can “generate demand signals at scale.” He’s seeking those signals that provide evidence of an emotional connection to his brand. Donkin frames the challenges this way: “How do we move from this idea, from being a functional brand to an emotional brand? How do you begin to tell the story of a category that sounds very complicated?”

Donkin also described two other recent projects that represent a shift away from focusing on selection, convenience, and value and are designed to drive long-term customer loyalty. The first, from Amazon U.K., is a 30-second spot featuring a young woman and her little pony. It tugs at your heart and will make even the hardest of people smile. It’s already racked up more than 1.2 million views on YouTube.

The second, produced in partnership with BuzzFeed, is called When You Find A New Show, and features a young couple binge-watching a series through “10 stages of streaming.” The video is more than two minutes long, but, according to Donkin, has racked up more than 3 million views (1 million on YouTube) with a 70 percent completion rate.

Amazon is famous for keeping mum about its success metrics, and Donkin was unable to share exactly what demand signals he and his team measure to plan future campaigns. But with 44 percent of all web shoppers going directly to Amazon for product searches, his emphasis on emotional connection and loyalty is paying off. And with Amazon, there will always be more brand challenges on the horizon: Dash, an auto-replenishment service, restaurant food delivery in select cities, and one day, drone delivery.

“There is a place for both functional and emotional advertising within your portfolio,” said Donkin, summarizing his team’s approach. “As a group, we look across Amazon businesses and say ‘Which are the products that connect best with the targets that we have?’ TV advertising doesn’t have to be the only answer. Online advertising can be very powerful.”