In this week’s episode, Stewart and Travis interview the amazing Everette Taylor, a serial entrepreneur who went from being homeless to cofounding GrowthHackers and creating GrowthPup, and who is now the VP of Marketing at Skurt. He reveals the secrets of his success throughout this fascinating, eye-opening conversation (which includes a home truth about growth hacking.)

In the news, we discuss app marketing, a new report on app store optimization, an AI tool that automates the process of buying ads for apps, and a study that explains just how important native advertising has become. Hint: With 600 percent growth in spend over the last three years, it’s pretty darn important.

Next week, we interview the one and only Jon Miller, cofounder of Marketo and CEO of Engagio.  We discuss account-based marketing and how Marketo and Engagio are inherently different in their approach to lead generation. 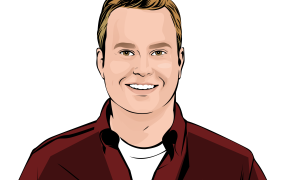 If you missed last week’s episode VB 047, Stewart and Travis interview John Rampton — entrepreneur and author — on a range of marketing-focused topics. During this episode, he states that we’re now in a “pay-to-play world.” What does that mean, and where do we go next? John helps us understand what the future holds.

As always, thanks for tuning in. You know something that isn’t “pay-to-play?” Rating, reviewing, and subscribing to VB Engage. You can do that for free on your favorite podcast platform. Go on — you know it makes sense.