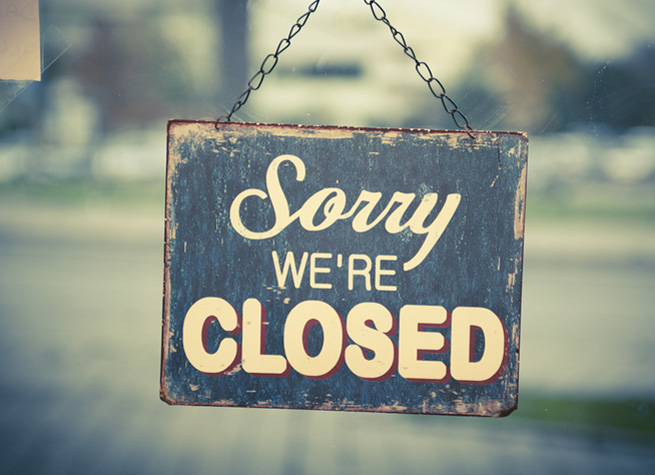 Hyperlocal news business EveryBlock, an early pioneer in data-driven news aggregation, has been shut down by parent NBC News, it announced today.

EveryBlock launched in late 2007 with the promise of aggregating community news you’d want to know about. It was acquired by MSNBC in 2009 and later went under NBC’s control after MSNBC.com became fully owned by NBC.

The company says that “massive” changes happening in the news industry (most likely the inability to make much money from advertising) was the reason it shut down. It writes in a blog post today:

We’re sorry to report that EveryBlock has closed its doors.

It’s no secret that the news industry is in the midst of a massive change. Within the world of neighborhood news there’s an exciting pace of innovation yet increasing challenges to building a profitable business. Though EveryBlock has been able to build an engaged community over the years, we’re faced with the decision to wrap things up.

Thank you for having let us play a role in how you get your neighborhood news. Thanks for the contributions, for the questions, and for allowing us to connect you to each other, in many cases to make great things happen in your community. Along the way, we hope we’ve helped you be a better neighbor.

While EveryBlock could have potentially been saved by selling it off or asking for community donations (something like what Andrew Sullivan did or a Kickstarter campaign), NBC News says it did not see any other option for EveryBlock besides simply shutting it down.

“I understand that the EveryBlock community is disappointed,” Vivian Schiller, SVP and chief digital officer of NBC News, told Poynter. “So are we. We looked at various options to keep this going, but none of them were viable. It was a tough call to make.”

Disappointed may be an understatement. The post announcing the site’s closing currently has more than 530 comments. The highest-rated comment is a complaint about how the community received no warning about the shutdown, leaving them with no ability to save information or stay in touch with other members of the community:

This was handled extremely poorly.