Facebook is making some changes to its livestreaming product, adding features that should make your broadcasts more engaging, shareable, and discoverable. Rolling out over the coming weeks are the ability to broadcast live videos to Facebook Groups and Events, the addition of Reactions and filters, and a new dedicated destination that highlights livestreams taking place throughout the world.

In a blog post, product management director Fidji Simo described Facebook Live as a tool to “share a moment instantly with the people you care about. This means your friends, family, or fans can be there with you, and you can respond to their comments and see their reactions.” This feature has been available over the past eight months, but the broadcasting audience was based off of a user’s Facebook’s privacy settings: public, friends, or other subset. Above: Facebook Live setting to broadcast to a specific Group page.

But what if you’re interested in livestreaming to your fans or only to friends who are attending a specific event — like your birthday party, wedding, or other special occasions? That’s possible now with support for Groups and Events on the social network. Musicians, celebrities, and VIPs can host a broadcast within an event page — offering fans a behind-the-scenes look at what’s going on — or even schedule a live Q&A session, like a video-based Ask Me Anything event.

“We hope this new ability to both broadcast and watch live video within Groups and Events enables people to connect more deeply with their closest friends, family and the communities of people who share their interests,” Simo wrote.

Facebook declined to state how many broadcasts have been created to date, likely to avoid showing its hand to Twitter, whose Periscope service has had over 200 million streams in one year. However, there has been some pretty good engagement on Facebook Live. Simo explained that people comment at least 10 times more on the platform’s livestream tool than on regular videos.

It’s perhaps because of this trend that Facebook has now added Reactions to the mix. Launched in February, this feature provides a way for people to express how they feel about something beyond simply liking it. This is the first time that Facebook has used Reactions outside of the News Feed and posts, but it makes sense, particularly as it will give broadcasters a better sense of viewer sentiment. Simo also explained that when a friend reacts to your video, their profile picture will appear along with a “little starburst before their reaction appears.” 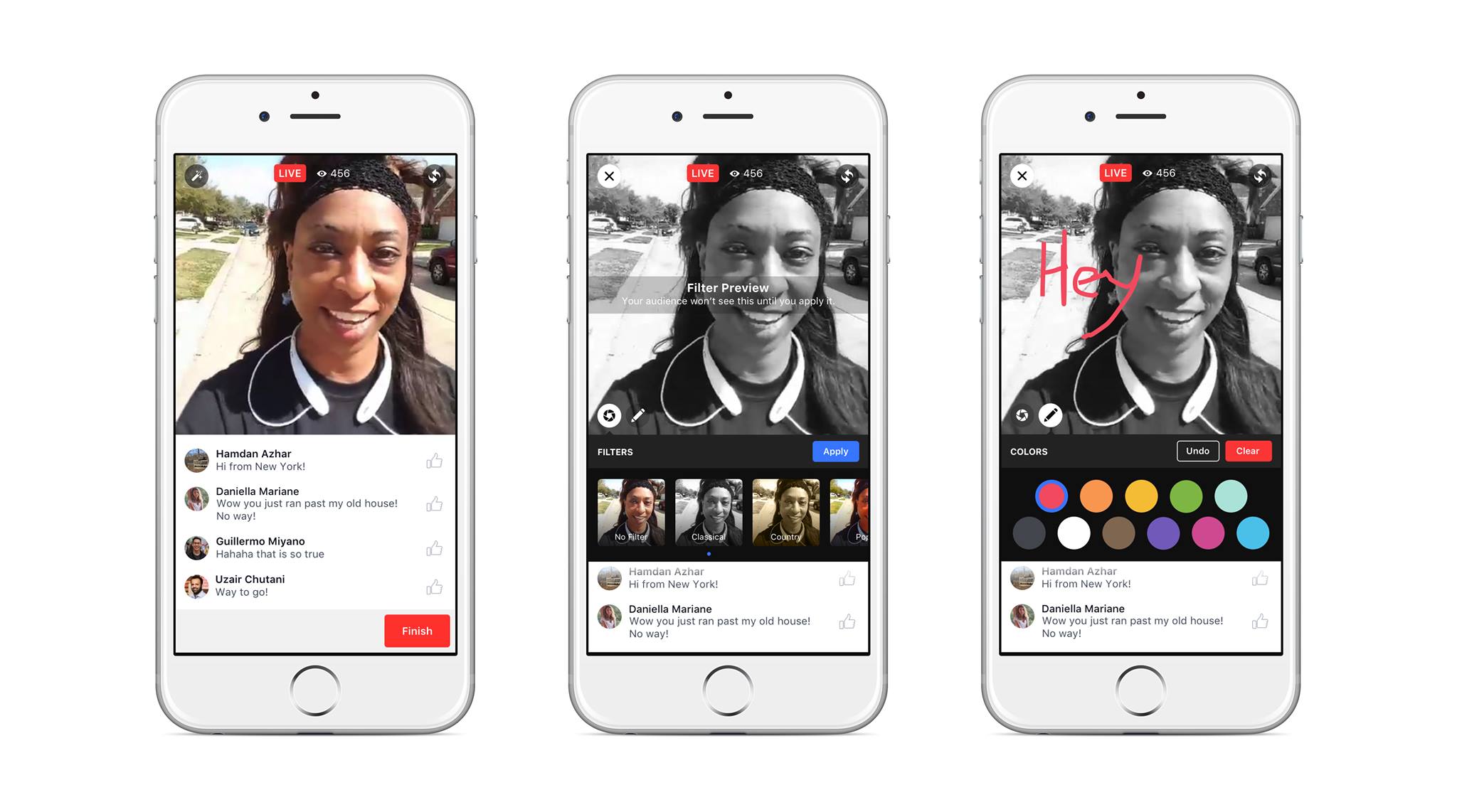 Above: Facebook’s creative tools: filters and doodling while livestreaming

Simply broadcasting au naturel isn’t enough for Facebook, which has added five filters (as with Instagram videos) for you to choose from. In the future, you’ll also be able to draw or doodle right onto your video in real time.

To maintain the broadcast experience after you’re off the air, Facebook Live now also supports Replay Comments, which provides more context in terms of what’s being discussed while the stream is on the air. Until now, it’s not been clear exactly when viewer comments were added, but Replay Comments displays them as they occurred, making it seem like you’re part of the “live” experience. 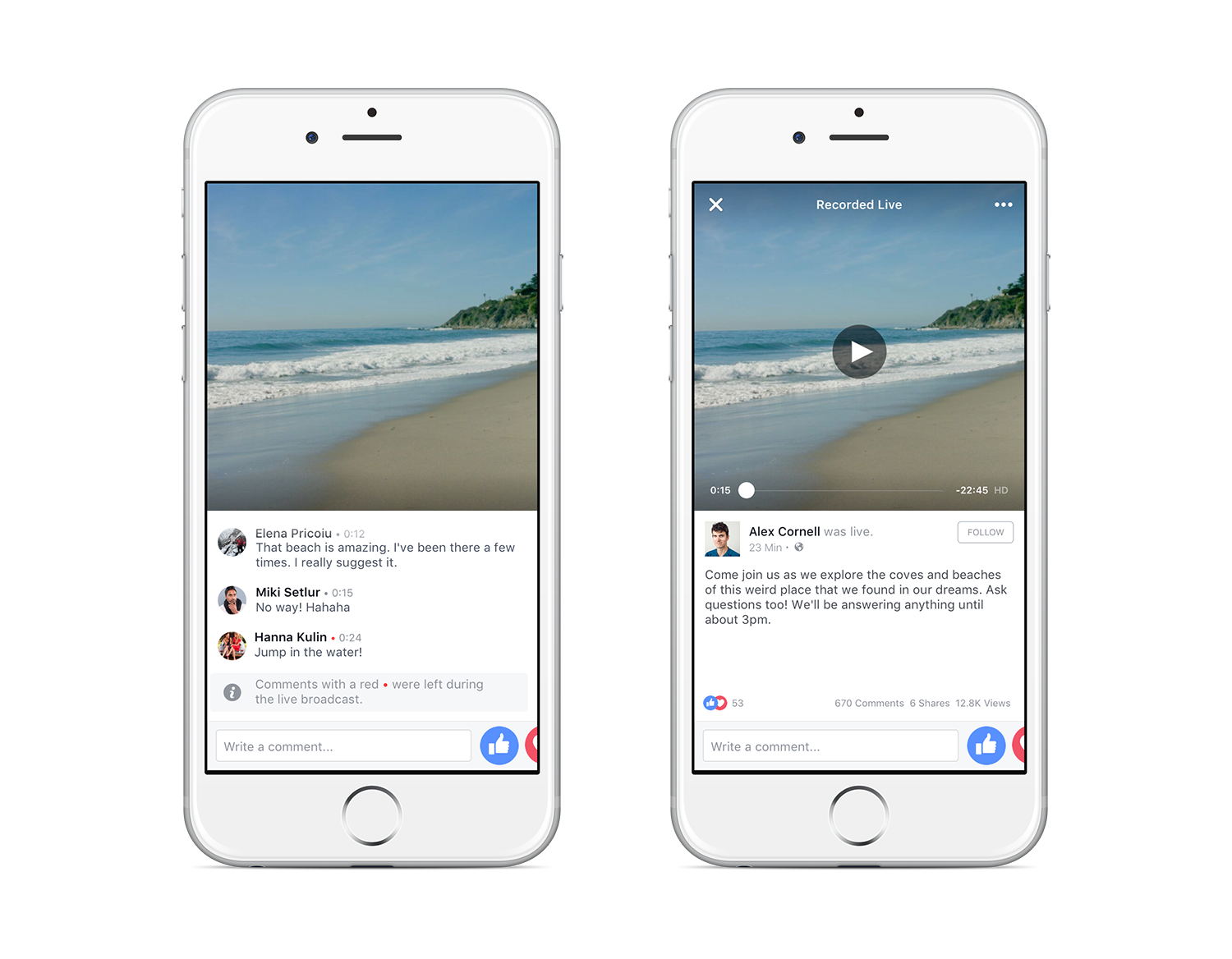 Before today, in order to find out when someone was using Facebook Live, you had to receive a notification in your News Feed or hear about it from someone you’re following. Now there’s a destination within the social network that will display livestreamed videos that are happening now or that you can watch later.

Facebook has released what it calls a “Facebook Live Map” for the desktop that lets you view footage from people who are sharing their experiences through Facebook Live.

Lastly, if you stumble upon a video that you think a friend may be interested in, Facebook has added a sharing option that will send a push notification inviting them to watch the event with you. You no longer have to leave the broadcast to share the Facebook post with someone — it’s all done while watching the video. 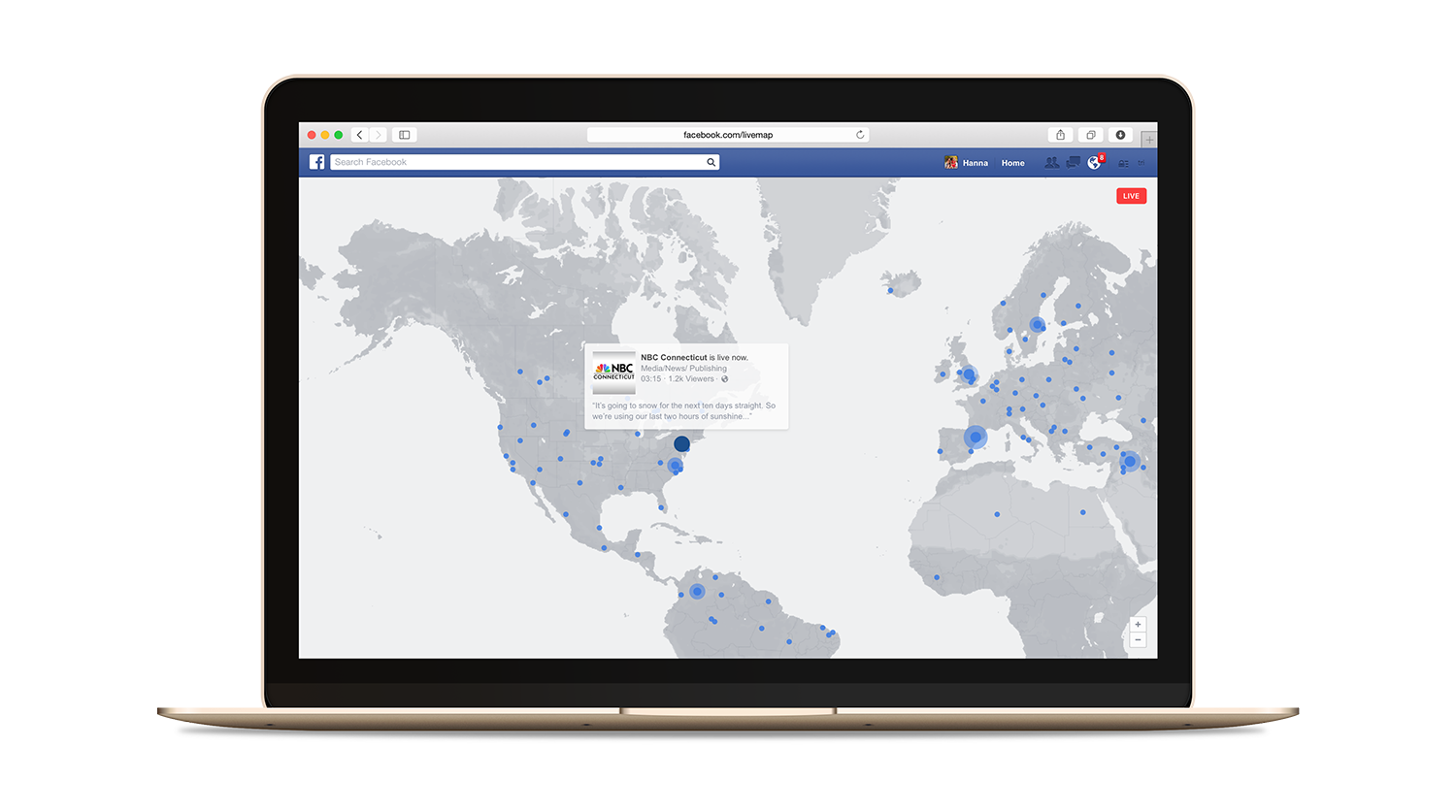 Videos have become one of Facebook’s main areas of focus recently, with CEO Mark Zuckerberg waxing enthusiastic about its potential. The company has said that it’s “excited that people are embracing this new format, and we’re working to make it available to more people around the world.” Since the launch of livestreaming video in August, people in more than 60 countries around the world can share live video on Facebook.

These latest updates are aimed at making Facebook Live more appealing to the company’s 1.59 billion monthly active users. It’ll help stave off competition from not only Periscope, but also eventual challenger Google, which will launch its YouTube Connect app soon.

While these features are being introduced today, they are rolling out over the coming weeks for Facebook’s iOS and Android apps. So if you don’t have them right away, be patient, and hopefully you’ll get these updates soon.