Over the past few months, the Internet has been abuzz with chatter about Facebook overtaking YouTube as the go-to destination for video on the web. Facebook surpassed YouTube in total number of video views on desktop in the U.S. last August. It has also been ramping up its video functionality, with the recent launch of a new-and-improved Videos Tab, including Playlists, and a Featured Video module for pages, as well as the ability to embed Facebook videos across the web. But what does this mean for marketers?

Should you ditch YouTube for Facebook when it comes to your video marketing plan? Facebook may be on the rise, but there are still plenty of benefits to sharing videos on YouTube as well. It may just be time for a strategy readjustment.

Don’t let Facebook’s newfound success with video fool you into thinking that YouTube is passé. Google’s video giant still has over 1 billion users; people watch hundreds of millions of hours of video each day; and the number of hours of video watched each month is up 50 percent year over year. Most importantly, YouTube is still the world’s second largest search engine behind Google.

If you want your videos to get discovered by new people via search, YouTube is still the place to be. Any video content you’d like people to be able to discover through organic search should be uploaded to your YouTube channel. When formulating your video titles, descriptions, and tags, be sure to include the keywords that people would likely be searching for when trying to find a company or product with your offering to make it easier for them to find your videos, both in YouTube search results and via Google.

So while YouTube remains important for any video marketing strategy, it’s important to understand how to benefit from Facebook’s sudden rise in video. Earlier this year, a report from Socialbakers showed that “native Facebook videos get more reach than any other type of post.” Facebook users are hungry for video, and incorporating it into your strategy can help your content get in front of more people than if you simply stick to photos, links, and text status updates.

Facebook has also become the platform of choice for video advertisers. A recent report from Mixpo revealed that advertisers and agencies are taking the Facebook plunge when it comes to video advertising. When asked about what platforms they ran video campaigns on last year and what platforms they plan to run video campaigns on in the next year, more respondents reported plans to run video ads on Facebook than any other network, including YouTube.

Why is Facebook the place to be for video advertising? For starters, the social network makes it really easy for advertisers (large and small) to target very specific groups of consumers. Mixpo quotes Jonathan Nelson, CEO of Omnicom Digital, as saying, “When you have that much known information, tied to analytics and an ad server, you can start doing messaging in a way no one’s ever done before. That’s marketing nirvana.” But Facebook isn’t only great for advertisers because of targeting — it’s also great because of the engagement factor.

YouTube is inherently good for search engine optimization and driving views. However, views have become a less important indicator to marketers and advertisers in recent years. The Mixpo study revealed that, in a ranking of the most important metrics when running video ads on social, views placed fifth. What was more important? Engagement, shares, conversions, and total time spent watching. Facebook offers a larger opportunity for engagement and shares, which is why more and more advertisers are turning to the social network for their video campaigns. 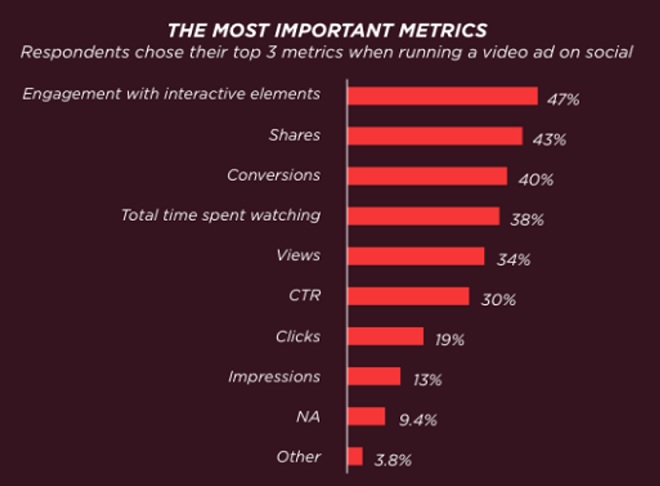 So who’s winning the video marketing battle? The truth is, both YouTube and Facebook are integral parts of an effective online video strategy. Use the strengths of both platforms to maximize the effectiveness of your video marketing strategy. Reach prospects with YouTube, and create and engage with your community on Facebook.

Brad Jefferson is CEO and co-founder of Animoto. Prior to cofounding Animoto in 2006, he spent eight years with enterprise software company Onyx Software, where he was Director of Sales Operations and managed the national team of sales engineers.