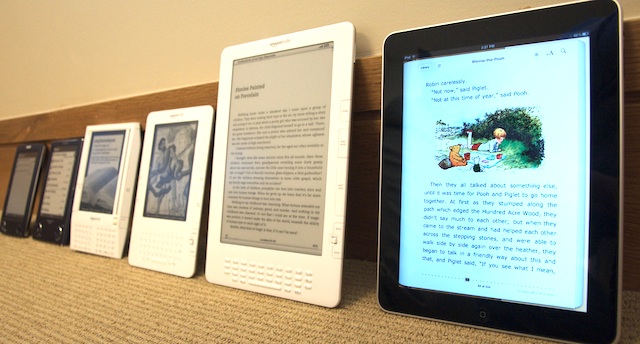 For technical books, publishing has a nearly fatal lack of speed. E-books are increasingly popular, but they’re usually not produced until after the print edition is already complete. That makes about as much sense as posting Instagram photos of yesterday’s paper, and the results are often just about as usable.

A new company, Fair Trade Digital Exchange, aims to fix the problem by going straight to digital and publishing e-books on technical topics, like what’s under the hood in Windows 8 or how to create .NET-powered websites. The company launches today with four titles.

Fair Trade DX, as the company abbreviates its name, will sell the e-books for $10 and split its revenues 50-50 with the authors. Its books will be available on Amazon.com, Apple’s iBookstore, Barnes & Noble’s Nook bookstore and its own website. The books will not include copy-protection (also known as digital rights management, or DRM), so customers will be free to use the books on any of their devices without restriction.

“Traditional publishers are clinging to their print-first model,” said Fair Trade DX co-founder and authoring director Ed Bott, in an interview with VentureBeat. Bott is a tech blogger and the author of a series of successful books about various versions of Windows, but got frustrated with his books’ slow time-to-market through traditional publishing.

Besides, he says, most publishers sell their e-books for the same prices as their hardcover editions (despite their vastly reduced costs) and pay the same royalties to the author, usually 10-15 percent of sales.

“This is the part that, as an author, pushed me right over the edge,” said Bott.

(Disclosure: Bott was one of my first bosses in the media industry, when he was the editor at PC/Computing and I was a lowly editorial assistant.)

Fair Trade DX will focus initially on less-expensive e-books, but its digital-first approach means it is free to try different approaches, depending on what makes sense for a book. For instance, one of the company’s first books will be Ed Bott’s Windows 8 Head Start. Since Windows 8 isn’t even close to being finalized yet, it’s hard to write a definitive, full-length treatise on it. Instead, Bott has written 100 pages about what you need to know now. Later, Fair Trade DX can update that book, or sell separate 100-page e-books on other aspects of Windows 8, and collect them together into a full-length book when Windows 8 is ready to ship.

Fair Trade DX is coming on the scene at a time when many people have realized that digital publishing allows authors and readers to expand the definition of what a book is. E-books became the most popular category of book sold (surpassing adult trade paperbacks and hardcovers) for the first time in February, 2011, and Amazon regularly sells more Kindle books than the printed kind. Technical publishers such as O’Reilly Media and Wiley have published digital versions of their technology titles for some years, though generally these have been books intended first for the print market and only later repurposed for digital.

Meawhile, Amazon.com’s Kindle Singles and digital document sharing service Scribd have built marketplaces for e-books that are shorter than the typical full length of a book, and The Atavist is a publishing house specializing in long-form narrative nonfiction: Stories that are too long for a magazine but too short to be a traditional book.

Fair Trade DX is not concerned about its lack of access to distribution channels, which has traditionally been the major selling point of a big publisher. By listing its books on Amazon.com, it has access to the largest marketplace for e-books in the world.

Similarly, the marketing advantages offered by big publishers are minimal, since most authors are expected to do their own marketing anyway.

So why not self-publish? Because then you’d miss out on the editing, Bott said. Fair Trade DX will give all of its books professional tech editing and copy editing before publication.

“We can have the book professionally tech edited, copy edited, published and ready as an e-book or print-on-demand weeks or months before any traditional publisher,” Bott said.

The company has five employees, including its three co-founders, and is based in Newburyport, Mass. It is self-funded so far.